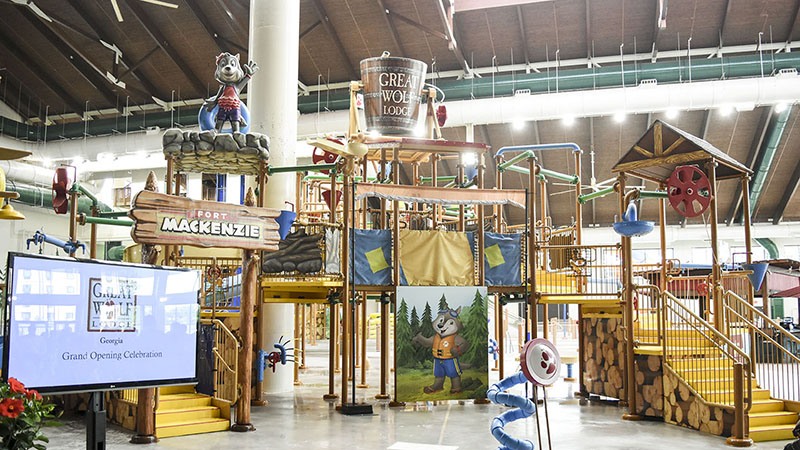 A social media post made the rounds Tuesday, accusing Great Wolf Lodge in LaGrange of having an E.coli outbreak. Officials from the Georgia Department of Public Health and Great Wolf Lodge have released statements saying the allegation is not true.

The post said a family had a “constant stomach bug” since going to Great Wolf in early March. The post also said that there was a lengthy investigation due to 72 cases of E.coli being reported.

“We are aware of a social media post alleging an E.coli outbreak at Great Wolf Lodge LaGrange,” Great Wolf said in a statement. “We take claims of this nature very seriously and worked with Troup County health officials to investigate the situation. They have found no evidence to support the allegations and have closed their investigation into the matter. It’s important to note that properly chlorinated pools have been proven to kill most bacteria, including E.coli, in less than a minute according to the CDC. Therefore, an outbreak originating from our water parks is extremely unlikely.”

The Troup County Health Department said it did look into one complaint from the water park, but it found no evidence of any sort of outbreak.

“We did follow up on a complaint (of attending and getting sick) and tested the water and checked the facilities,” said GDPH District 4 Spokesperson Hayla Folden. “Nothing was found and the complaint was closed.”

Folden said if there was an outbreak — meaning unrelated cases from different families who did not travel together — then DPH would launch an investigation. In that case, DPH’s epidemiology department would interview people to determine commonalities in locations, water sources, food, etc. Other departments would also be involved.  Folden said no investigation was launched in this incident, as part of DPH’s normal job is to follow up on a complaint.