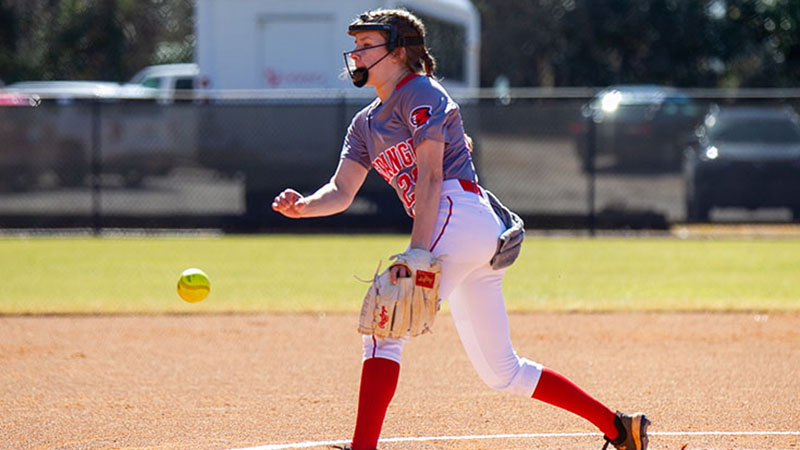 LaGrange pounded Hendrix 10-2 to gain a split of a non-conference doubleheader Tuesday at the LC Softball Complex. The Panthers (4-13) dropped the first game 5-4 to the Warriors (14-7).

The Panthers had 22 hits in the two games and the 10 runs in the second game was a season high. Maggie White went 6-for-8 on the day with five RBIs.

Lindsey Swearngin (1-5) went the distance in the circle in the second game. She allowed the two runs, only one was earned, and held Hendrix to five hits.

Parker Floyd’s two-out RBI single scored White in the first inning on Game 2 for a 1-0 lead. The Panthers added two unearned runs in the fourth to make it 3-0. In the fourth, White had a run-scoring single and Lindsey Green had a sacrifice fly to up LC’s lead to 5-1.

LC led 6-2 going to the bottom of the sixth. The Panthers ended the game on the run rule with four runs. White’s third hit of the game was a two-run single to right center for the 10-2 final.

In Game 1, Hendrix took a 5-1 lead into the bottom of the sixth. Swearngin led off the inning with a bunt single. One out later, Kaitlyn Redman hit her first home run of the season over the left field fence to cut the deficit in half. With two outs, Landon DeLamar walked to keep the inning going and Karli Whitaker followed with a single. White’s hit to center drove in DeLamar to make it 5-4, but Whitaker was thrown out trying to reach third to end the inning.

The Panthers open their USA South schedule Friday with a doubleheader against Covenant at the LC Softball Complex starting at 1 p.m.