Tigers pull out the brooms and sweep doubleheader against Hardaway 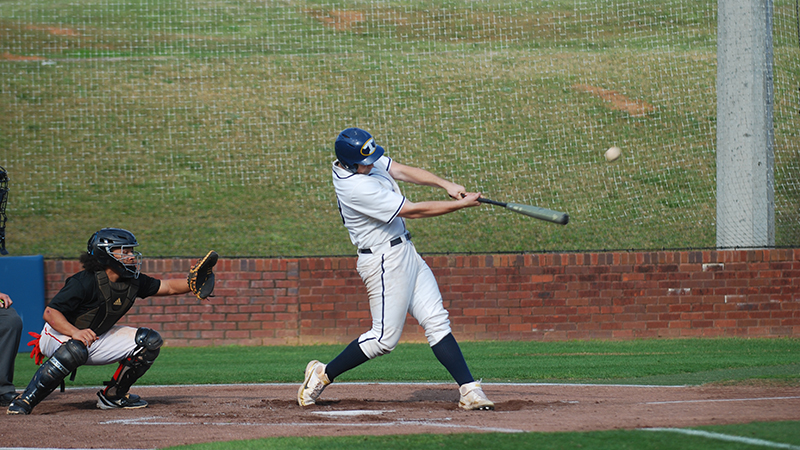 Troup County’s baseball team has won seven straight games after sweeping a doubleheader against Hardaway on Tuesday. During the seven-game win-streak, the Tigers have outscored teams a total of 97-6. This concluded the Tigers four games in a two-day stretch with Troup County dominating all four games by double-digits.

The first game lasted a total of four and a half innings as the Tigers dominated the game 10-0. Brett Haynes was a monster on the evening, going two for two with two runs scored and three RBIs.

Devon Murphy was also outstanding from the plate as he had a triple to and a single with two runs scored and two RBIs.

Daniel Martin went one for two with three runs scored and a RBI. Martin put on a baserunning clinic as he had three stolen bases in the game.

Josh Mcdonald had two RBIs with Will Keeter and Fisher Baltzell grabbing one apiece to round out the scoring for the Tigers in the first game.

Martin got the start on the mound and dominated as he did not allow a hit in his four innings of work. He also struck out five batters. Baltzell came in to relieve Martin in the fifth inning and only allowed a hit and struck out three batters in his one inning on the mound.

Game two was even more of a commanding win for the Tigers as they beat Hardaway 16-3 in four and a half innings. Tigers Head Coach Tanner Glisson made a multitude of changes between games, but it did little to slow down the Tigers momentum.

The Tigers went down early when they allowed Hardaway to score a run in the top of the first inning but scored three in the bottom of the first to take the lead and never looked back on the night.

Murphy was an absolute menace from the plate as he went four for four with two triples, three runs scored and two RBIs.

Ty Medders was also raking from the lead-off spot as he went three for three with four runs, two RBIs and a walk.

Brett Haynes followed up his big first game with another great game from the plate as he went two for two with two runs scored and three RBIs.

The Tigers improved to 13-4 and 7-1 in the region. Troup is currently second in the region behind rivals LaGrange (7-0), which is setting up their games to be for the region title. The Tigers next game is Friday against Hardaway.