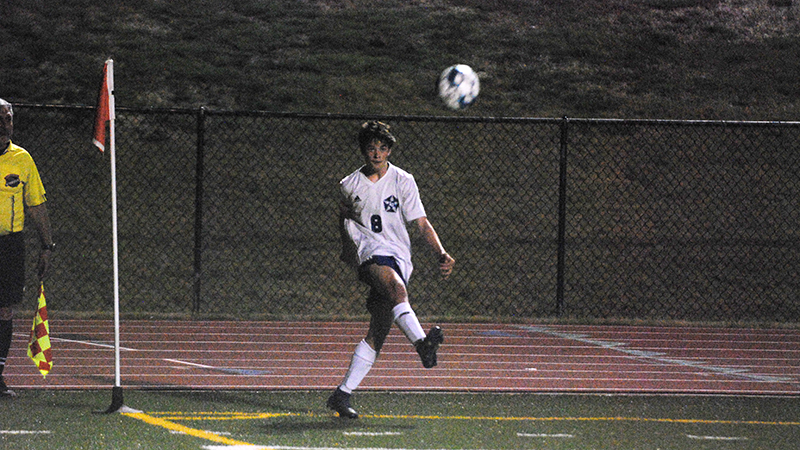 The LaGrange High boys soccer team lost a tight affair with Columbus on Wednesday 4-3 and lost their chance to repeat as Region 2-AAAA champions.

“These guys have a lot of heart and they work hard, and they want to be successful and win,” head coach Shane Pulliam said. “We fell just short against a good team. They are no. 1 in the state for a reason and we’re not.”

The game started well for the Grangers when Jordan Bryant hit the crossbar in the opening minute of the match.

Unfortunately, things fell apart for the Grangers at the back as they conceded two cheap goals in the fifth and seventh minute of the game to go down 2-0.

“We didn’t have a good start, and we dug ourselves a good hole,” Pulliam said. “We weren’t able to dig ourselves out.”

Jan Alvarado scored a few minutes later on an assist by Bryce Kuhn to give the Grangers some life. Tripp Hollstrom played a beautiful free-kick into the box that Kuhn met with his head and the goalkeeper redirected the shot into Alvarado’s path as he made no mistakes from close range.

The Grangers lost all the momentum from Alvarado’s goal when they conceded a penalty kick in the 18th minute that the Blue Devils dispatched.

Luke McSpadden was injured in the 22nd minute and did not return to the game for the Grangers and this left them short-handed at the back.

Columbus scored another goal in the 29th minute to take a commanding 4-1 lead.

“We could have rolled over, but we didn’t. and we fought back and made it interesting there at the end,” Pulliam said.

The Grangers were able to snatch back a little momentum before the half when there was some confusion at the back for the Blue Devils that led to an own goal.

Reese Lester got the start in goal and made a top-quality save in the 51st minute to keep the Grangers in the game.

Hollstrom buried a chance in the 61st minute to cut the Blue Devils lead to one goal.

The Grangers huffed and puffed but could not find the equalizer. LaGrange had a chance with two minutes left when leading goal scorer Davis Knight was wide open in the box, but he put his header just high of the target.

The game soured when Kuhn was shown a red card with 12 seconds on the clock, which means that he will be suspended for the opening round of the state playoffs.

“It’s all growth moments,” Puliam said. “We have to make good decisions.”

The Grangers fell to 12-3-1 on the season and 7-1 in region play. The Grangers finished second in Region 2-AAAA.

Despite finishing second in the region, the Grangers will host a playoff game in the first round of the state playoffs. The Grangers have one final regular-season game against Calhoun on April 8. This game will be senior night for the Grangers and will take place at Callaway Stadium.