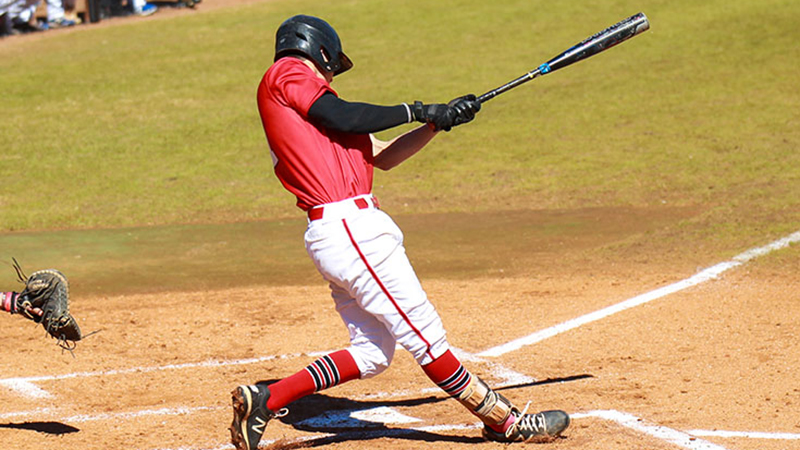 BIRMINGHAM, Ala. – Joe Ruth powered sixth-ranked LaGrange past No. 2 Birmingham-Southern 8-2 in a Top 10 matchup Wednesday night at Striplin Field. The Panthers’ ninth-straight win improved their record to 18-1, while the host Panthers slipped to 15-5.

Ruth tied his career high with five RBIs, going 3-for-5 at the plate, including a home run and a double. The Chiefland, Florida native leads the team and the USA South with a .460 batting average and 32 RBIs. He has 40 hits thus far this season after having 50 in 32 games last season.

Three pitchers combined to limit the host Panthers to just four hits. Stephen Bartolotta (1-0) made his second start of the season. Bartolotta pitched five strong innings, the only hit a Nathan Best solo home run in the fourth inning. He walked one and struck out three.

Baley Coleman surrendered a run and three hits in three innings of work. Ethan Kramer pitched a scoreless ninth to close out the win.

But the Panthers broke through in the sixth. Gabriel Pallo reached on an infield single to start the inning and moved up to second on Christian Dyer’s sacrifice bunt. McKinley Erves’ base hit put runners on the corners. Ruth followed Erves with his team-best third home, a three-run shot down the right field line. Jack Layrisson doubled to left and one out later came around to score on Jared Aldridge’s single for a 4-1 lead.

BSC got a run back in the bottom of the sixth to make it 4-2. The Panthers got an unearned run in the eighth and scored three two-out runs in the ninth to build an 8-2 lead. Ruth capped his night with a two-run double, driving in Dyer and Erves. After a walk to Layrisson, Cael Chatham got his second straight RBI single to finish the scoring for LC.

The Panthers start a three-game USA South series at Covenant on Friday. The two teams play a doubleheader on Saturday.