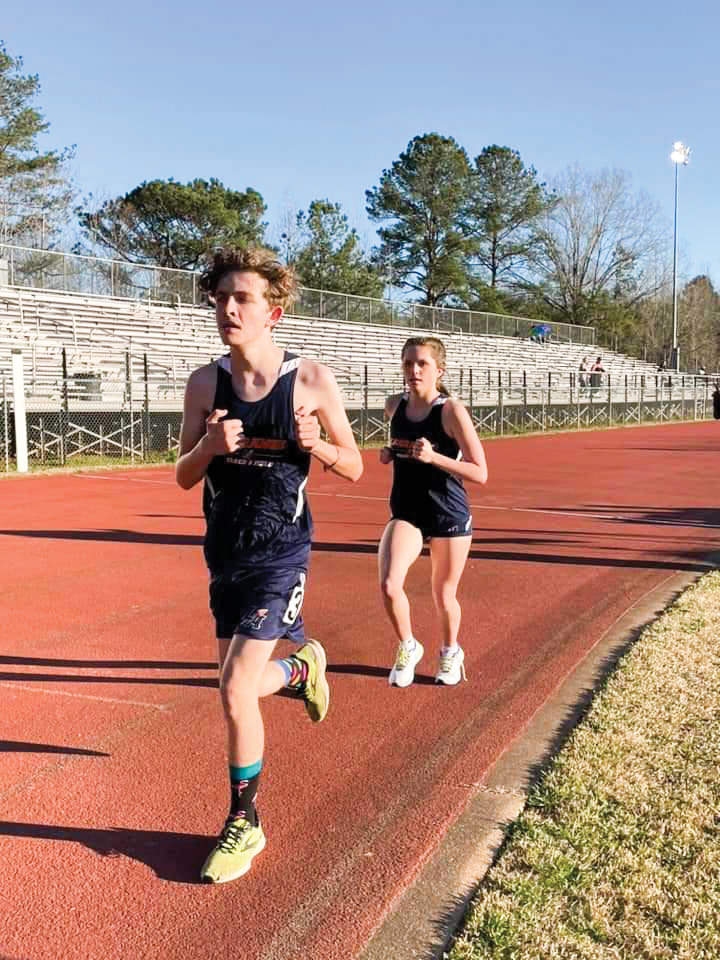 “The thing I’m best at is running. I think I knew a thing or two about hosting a race because I knew so much about running races,” Tures said. “And it turned out like most of the stuff like medal organizing all that, I knew how to do, so I thought would be pretty cool. I used to run the Leggin’ it for Literacy race for CLCP. But it stopped after 2019 [due to] COVID-19, and I thought it would be good to start back up.”

The idea of Zach organizing a race in LaGrange makes a lot of sense, considering he’s been running since he was 5 years old.

However, last year, he had to stop running after he kept ending up in pain.

“This is a big comeback story because in spring of 2021 I mean he finished first in his age group in the Valley Haven 5k,” said his father, John. “A month later, he could barely do two miles instead of the three miles. And in July, after a half-mile, he was wheezing. His spine was pushing on his lungs. He couldn’t do anything.  He couldn’t even do half a mile.”

They found out that Zach had scoliosis. That led to a long recovery period, which sidelined him from his favorite hobby.

“I trusted my surgeon would do the right thing, it would be successful, and I could get back [to running,]” Zach said.

Zach has been running again since January and has enjoyed getting back at it. He said running is relaxing, but he also loves the competition.

He’s a part of Scout Troop 21, which is based in LaGrange, and thought the CLCP could use the help and wanted to support the cause for his Eagle project.

Requirements for an Eagle Scout project include planning, developing and giving leadership to others in a service project helpful to any religious institution, school or community. Troup CLCP promotes literacy awareness and programs to assist students in need of basic literacy education.

Its most recent project is a survey to find out the barriers to education for students in high school, as well as from adults who haven’t gone back to school or sought a GED.

He’s sat in on some CLCP board meetings via Zoom.

“We’re just really thankful that people have been supportive in Scouts and in the community,” John said.

“A lot of businesses when we call them, they’ve let us put up flyers, and I think that shows that there’s a lot of support for scouts in general and literacy in general too.”