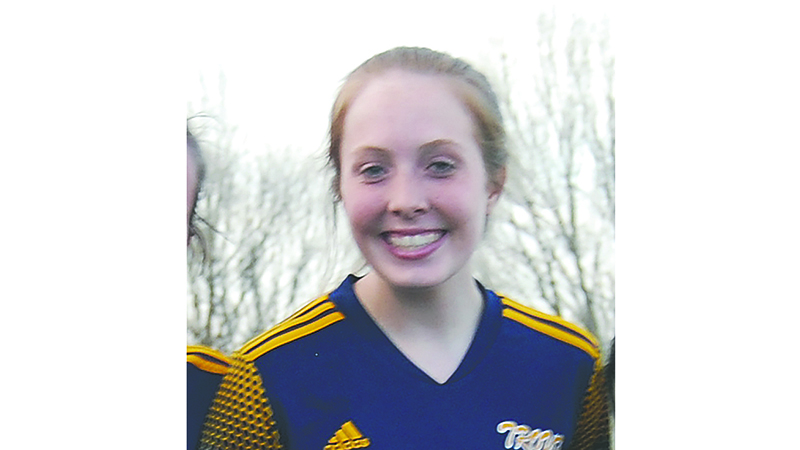 Felicity Gill is one of the top goal scorers in Troup County High School history. Her tenacity in front of goal is what sets her apart from her peers.

“It feels pretty awesome. I’ve been a forward all my life, so I’m used to getting awards for rec ball for scoring the most goals, but to do it in high school is bigger,” Gill said.

Gill started playing soccer when she was just four years old. She has stuck with it for 14 years and is now a part of the first senior class in Troup County girls’ soccer history to make back-to-back trips to the playoffs.

“It feels awesome to know that we’ve made it,” Gill said. “My freshman and sophomore year we didn’t really win many games, and now I feel like our team is built in a way that allows us to work more as a team.”

Gill has enjoyed building Troup County into a program that is no longer a pushover for other teams. Her goals have helped bring attention to a program starved of quality players and fans in the stands.

“In previous years, the soccer team has not been a big program,” Gill said. “Knowing that since we’re making it farther, and it is making it more known to other people.”

Being a part of this team is everything to Gill. Her senior year has been an exquisite experience for her, but the soccer season is the cherry on top of the sundae. She looks forward to soccer season at the beginning of every school year.

“My best friends are on the team,” she said. “Every day I look forward to going to practice. The environment is just awesome.”

This will be Gill’s final season playing soccer. She could have pursued a playing career at the next level but has decided to focus on her education. Gill plans to attend Kennesaw State University in the fall and major in nursing.

She will miss her time with this team and her time spent in the halls of Troup County High School.

“It means being a part of a family,” Gill said. “Even on senior night a bunch of our teachers were there to watch us play and show their support for us, and our friends were out there to support us. Even the boys’ team will always be there cheering us on in the stands.”

Gill’s senior year has come and is coming to its inevitable conclusion. When she moves onto college, she will miss the pre-game tradition she embarks on every home game day with her soccer sisters.

“Our team before every home game rides together to Chick-Fil-A to eat, then heads to the stadium together,” she said.

Gill gets grilled nuggets, a fruit cup and a Powerade to fuel her goal-scoring prowess.

When she’s not on the soccer pitch, Gill is a member of National Honor Society, Interact Club, and student council. She works at B.Tuner’s in her limited off-time as she keeps busy around the clock. When she’s not working or playing soccer, she loves supporting her fellow Tiger athletes at baseball, football, softball, etc.

Gill models her game after USWNT striker Alex Morgan and looked up to her growing up. Now, a little older and a little wiser, she looks up to somebody else.

“In life, it’s definitely my mom,” Gill said. “She’s shown me that even through difficult times you can always get through it, and there’s always a positive way to deal with it.”