Troup County Historian remembered for more than his historic contributions 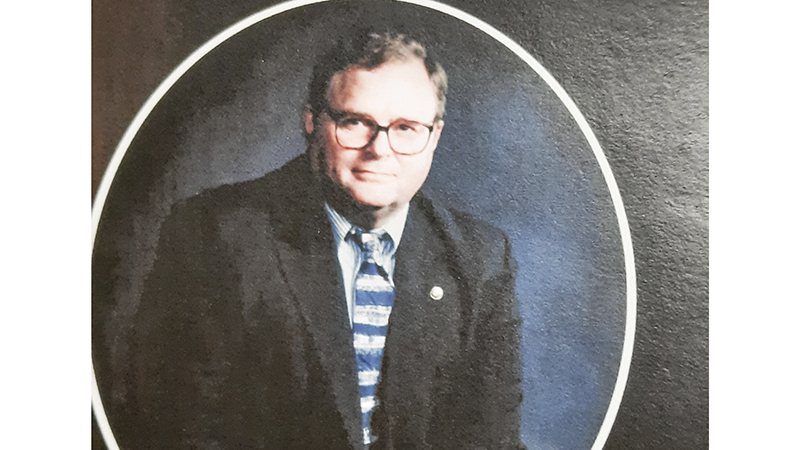 Friends and family of the late Forrest Clark Johnson, III, a lifelong LaGrange resident and one of the founders of the Troup County Historical Society, gathered Friday to remember the 72 years of his life and vast contributions to the community.

The native historian and genealogist passed away Tuesday. Johnson’s son, Forrest Clark Johnson, IV, said his father had been dealing with health complications during the past two years, yet his enthusiasm for life did not dim.

“He loved his children and grandchildren as much as he loved the many generations of ancestors that he meticulously researched and documented,” Forrest said before mourners at the First United Methodist Church of LaGrange on Broad Street.

His interest and knowledge in history and genealogy became the foundation of his character as he established himself in Troup County.

Forrest said his father’s enthusiasm for history began as a child when he began listening to the stories told by elder community members.

Johnson founded the Troup County Historical Society in 1972 and spent his lifetime supporting it. In 1989, he began working at the Troup County Archives, becoming a full-time employee in 2005, helping researchers with local history and genealogy, curating several exhibits and researching and writing several books for the society.

In 1990, he was appointed the official Troup County historian by the Troup County Board of Commissioners. Through the years, he wrote 17 books on local history and genealogy and edited a number of other works, including Dot Moore’s Oracle of the Ages and No Remorse, Sue Pearson’s The Nancies, and several volumes for Dr. Harold Lawrence. His expertise was recorded in three national Public Broadcasting System documentaries, and he wrote for a number of magazines and quarterly publications.

He additionally served as the president of the LaGrange Chapter Sons of the American Revolution and served two terms as Georgia State Registrar. In 1992, Johnson became the church historian of his home church, First United Methodist Church of LaGrange.

Forrest recalled as a child he was an initially unwilling participant in his father’s research ventures.

“Most of my childhood was spent in the genealogy libraries, courthouses and cemeteries,” Forrest said. “I always found this incredibly boring and [the] hours and hours of waiting for him to find one more long-lost relative was only made tolerable from the Sony Walkman and MAD magazines.”

Forrest said it was later in his own life that he realized just how important the research his father conducted truly was.

“Now, I’m so grateful we were able to spend that time together,” he said.

Forrest spoke of other memorable moments: a time when the family crusaded against a stray bat that found its way in the Johnson family home, Johnson’s 44 years of “perfect attendance” at the LaGrange Rotary Club and family bike rides through Callaway Gardens, Forrest’s and his siblings’ awards for braving the historical archives on Saturdays.

Forrest described him as an engaged socialite who could never leave a restaurant or public event in Troup County without striking up a conversation with someone he knew.

“The rest of the family would finish our meal, and we would turn around to see Clark going table to table chatting with everyone,” Forrest said. “He just couldn’t ignore someone that he knew.”

In his later years, Johnson was a beloved grandfather to his grandchildren, who called him “Big Daddy,” a title borrowed from one of his favorite movies, “Cat on a Hot Tin Roof.”

Along with his love for his family and history was music and scripture. He was an avid pianist, which Forrest described as his father’s “link to God.”

He played for the Pleasant Grove Baptist Church and for his home church of First United Methodist. He often played at the Vernon Woods Retirement facility where his mother stayed.

His memorial ceremony featured some of his favorite hymns, such as “Victory in Jesus” and “He Lives.” His grandchildren, Hardy O’Gwynn Johnson and Geneva Grace “Eva” Moorhead, recited beloved scriptures from the book of John, Luke and Psalms 27. The Rev. Ben Wills led the mourners through songs and prayers in Johnson’s memory.

“A day rarely passes when I’m asked [if I am] Clark’s son, and when I answer, I’m told which circle or circles that person falls into,” he said. “My [son] only got to spend six years with his Big Daddy, and I hope he’ll spend most of his life with people asking him if Clark was his grandfather. And when he nods politely and smiles, I know they’ll tell him his grandfather was a great man.”