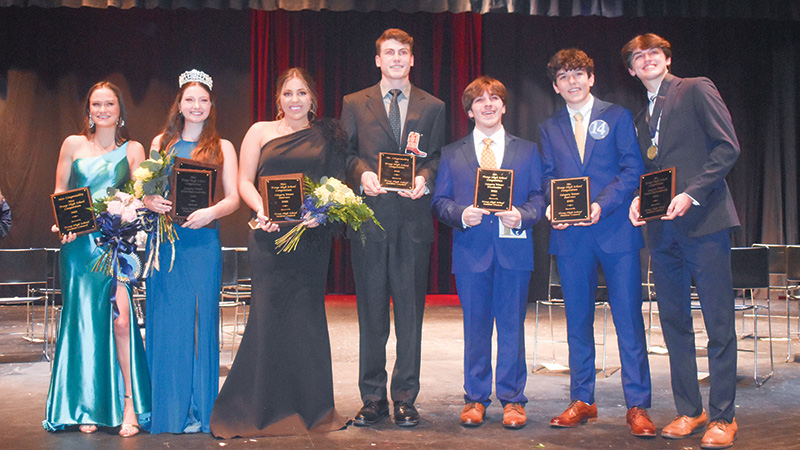 The Mr. and Mrs. Troup High School Scholarship Competition returned Thursday night. By the night’s end, several Troup County high schoolers walked away with honors that will follow them to their selected colleges, and kudos for the organizations they represented.

“One of the most awarding components of this job is to celebrate [and] recognize the talent and the performances of our students,” Watts said. “One of the most special things about [the competition] is that we get to celebrate the all-around student, the true exemplar of what it means to be a Troup High School Tiger.”

Sponsored by the THS Student Council, the 34 participants, five of which participated virtually prior to the competition, underwent a pre-event interview and an application process to introduce themselves to the judges. During the competition, participants introduced themselves to the audience and answered a thought-provoking question, such as “what would you change if you were president?” and “what are some of the qualities you look for when choosing a friend?” Participants were judged based on their articulation and overall performance.

The other winners were as follows: