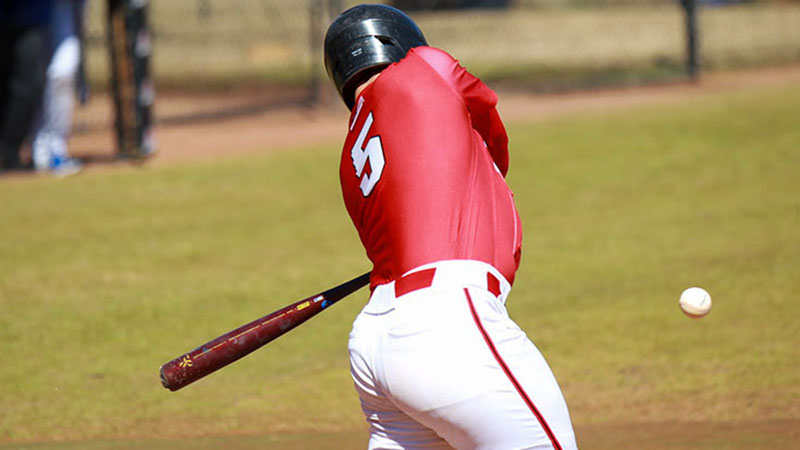 LOOKOUT MOUNTAIN, Ga. – Sixth-ranked LaGrange slugged its way to an 18-13 win over Covenant to salvage a split of a USA South doubleheader Saturday. The Scots (9-12, 1-5 USA South) walked off with a 13-12 victory in Game 1, snapping LC’s 10-game winning streak.

The Panthers (20-2, 5-1 USA South) took the weekend series with the Game 2 win. The two teams combined for 76 runs, 94 hits, and 12 home runs in the three games. The 35 runs scored by the Scots was the most by a USA South opponent against the Panthers in a three-game series.

Jack Layrisson got his 200th LC career hit with a single in the third inning of Game 1. Layrisson had four hits, including two home runs, scored three runs and drove in another four runs in Game 2. He was one of three to have four hits in Game 2 as the Panthers tied their season high with 23 hits.

Nate Darwin had a double included in his four hits and had three RBIs. Joe Ruth had four hits, scored three runs, and an RBI. Cael Chatham had two hits, including his second home run of the weekend, scored four runs, and drove two more. Chatham batted .600 in the series with the two home runs and eight RBIs.

The Panthers never trailed in the game. The Scots tied the game at 3-3 in the second inning. LC led by as many as five runs on three separate occasions, only to have Covenant keep coming back.

Jacob Brown (2-0) got the win for LC. He allowed a run on three hits in 2-2/3 innings. Hunter Garcia got the final five outs without giving up a run. The Scots finished the game with 17 hits off five Panther pitchers.

In Game 1, the Scots chased Panther ace Baley Coleman with a five-run third inning for a 7-5 lead. The Panthers came back five runs in the top of the fourth to retake the lead, 10-7.

Tied at 11, the Panthers pushed across a run in the eighth on Gabriel Pallo‘s run-scoring double to take the lead. Covenant re-tied the game in the eighth. In the ninth, the Scots loaded the bases with one out off reliever Ethan Kramer (0-1). Zeke Gilbert ended the game with a sacrifice fly to drive in the winning run.

The Panthers take on Oglethorpe in a non-conference game Tuesday at Cleaveland Field in Williamson Stadium at 6 p.m.