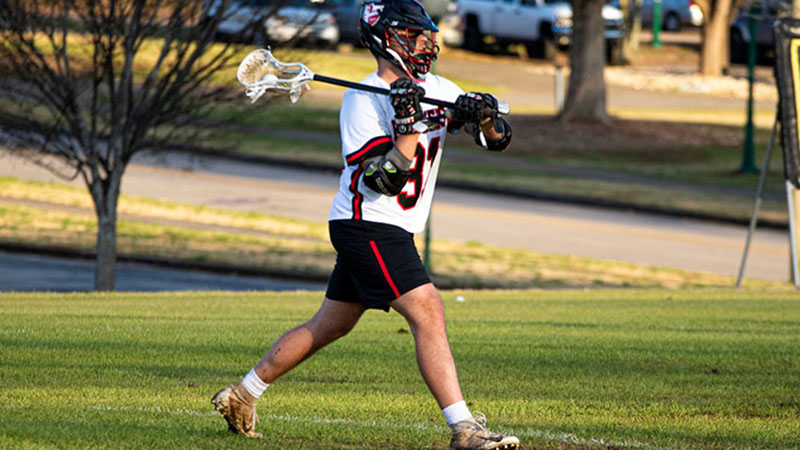 LaGrange routed visiting Averett 19-4 in a USA South game Saturday at Panther Field. The Panthers improved to 2-1 in conference play and evened their season record at 5-5.

Freshman Ryan Comeau led LC with six goals. Ben Bryan had four goals and an assist. Aidan Story added three goals and four assists. Story leads the team with 27 goals and 19 assists. Selassie Richardson had two goals and assists each. Peyton Gale also had two goals, while Baylor Montoya and Jack Bryan had a goal each.

Richardson and Comeau started the scoring five minutes into the game. The Cougars (3-6, 0-3 USA South) cut the Panthers lead to 2-1. But Ben Bryan put in three straight goals as the Panthers ran off seven unanswered goals over the rest of the first period and into the second to build a 9-1 lead. LC led 10-2 at halftime.

The Panthers continued to add to the lead in the third quarter with six more goals. Comeau had three of the goals to finish his day. In the final quarter, Gale got both of his goals and Montoya finished the Panthers’ scoring with his goal.

The Panthers play at William Peace next Saturday in a USA South game.