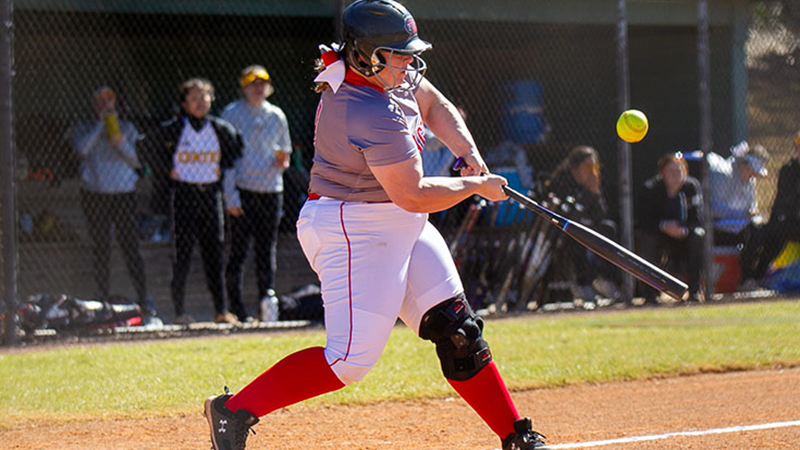 LaGrange swept a USA South doubleheader from Brevard on Saturday at the LC Softball Complex winning 6-5 and 7-5. The Panthers evened their conference record at 2-2 and upped their overall record to 6-15.

Abbey Gardner‘s hitting and pitching led LC in Game 1. Gardner gave the Panthers a walk-off win with a one-out home run in the bottom of the seventh. In the circle, she pitched a complete game, giving up 10 hits and three earned runs.

The Panthers broke a 2-2 tie with a three-run sixth inning. Kaitlyn Redman doubled with one out and came around to score on Reagan Gunter‘s two-out base hit. Karli Whitaker singled and Maggie White cleared the bases with a triple to put LC up 5-2.

Brevard (4-11, 0-4 USA South) came back with three runs in the seventh to tie the game before Gardner’s heroics ended the game in the bottom of the inning.

In Game 2, LC wiped out a 1-0 deficit with a five-run third inning. White had an RBI single and Kenzie Hornsby had a run-scoring double. Gardner’s two-run single capped the inning.

The Tornados tied the game 5-5 with a three-run sixth inning. LC answered with a leadoff home run from Redman in the bottom of the inning to retake the lead. Landon DeLamar tripled and came home as Gunter ground out for a 7-5 lead.

Gardner came on in the seventh for Faith Burgamy with runners on the corners and no outs. She got the first out on a line drive, then struck out the next two batters to end the game.

The Panthers play at Birmingham-Southern in a non-conference doubleheader Wednesday.