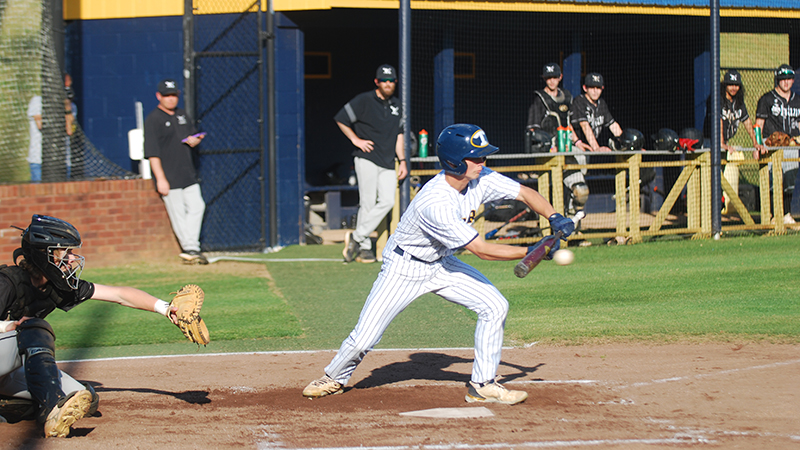 The Troup County baseball team lost a heartbreaker to Shaw 3-1 in extra innings on Monday. This loss snapped a seven-game win streak for the Tigers and dented their chances of repeating as Region 2-AAAA champions as they now sit 1.5 games back from crosstown rival LaGrange.

The first inning and a half saw both teams go three up and three down. The Tigers got the first hit of the game in the bottom of the second when Devon Murphy singled to left field, but the Tigers promptly grounded into a double play to kill the momentum.

It was a pitcher’s duel all evening between Daniel Martin of the Tigers and John Roland of the Raiders.

The Tigers were able to load the bases with two outs in the bottom of the sixt  but could not capitalize as they left three runners stranded, which came back to haunt them later in the game.

The Tigers once again loaded the bases in the bottom of the seventh inning and once again came up short offensively. This was a game the Tigers will probably feel like they should have won with all their chances late in the game.

The Tigers allowed three runs in the top of the ninth inning as the eighth ended in a stalemate.

Ty Medders hit a double in the top of the seventh to score a run and gave the Tigers runners on second and third with just one out. The Tigers once again could not capitalize on runners in scoring position as the next two batters were quickly called out to end the game.

Martin got the start on the mound for Troup County and only allowed three hits with 10 strikeouts in eight innings of work.

Devon Murphy struggled on the mound in relief of Martin but had a great day from the plate as he went three of four. Josh Mcdonald and Medders produced the Tigers only two other hits in the game as the Tigers lineup struggled offensively all night.

Troup County fell to 13-5 overall and 7-2 in region play. The Tigers will have a chance for revenge as they travel to Columbus to take on Shaw on Wednesday.