No. 1 ranked LaGrange College loses for only third time all season 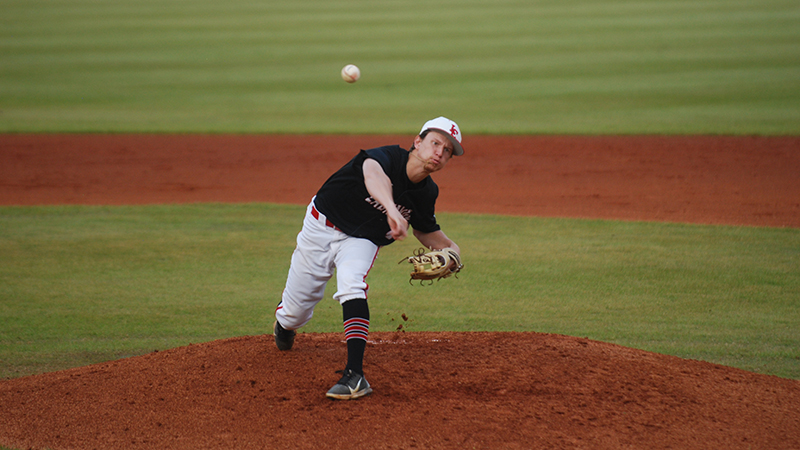 The no. 1 ranked LaGrange Panthers baseball team tried to pull off a late rally, but ultimately fell to Oglethorpe University 9-7 Tuesday to suffer just their third loss of the season. After winning 10 in a row, the Panthers have dropped two of their last three games. LaGrange was No. 1 in the American Baseball Coaches Association NCAA Division III poll but drop in the rankings.

The scoring started early for the Panthers with McKinley Erves driving in a run on an RBI single in the bottom of the first inning. Cael Chatham drove in Erves to give the Panthers a 2-0 lead to start the game.

Joe Ruth rallied the Panthers and garnered a two-RBI single with an additional run scoring on an error to tie the game at six all in the bottom of the eighth.

The Stormy Petrels struck back in the top of the ninth with a three-run inning.

The Panthers started the inning well with the first two batters reaching base. LaGrange was able to load the bases with only one out but could not find the tying run. Rhett Mixon grounded into a fielder’s choice that scored one run and left runners on second and third. Erves walked to load the bases again with two outs. Unfortunately for the Panthers, Ruth connected sweetly on a pitch, but it went directly to the third baseman to end the game.

Stephen Bartolotta got the start on the mound and put in a solid four innings of work. He only allowed six hits and two earned runs with four strikeouts. While he had a good day on the mound, the same cannot be said for the relief pitchers. Head coach David Kelton had to burn through six relief pitchers over the final five innings as none of them could get in any sort of rhythm.

Erves was the star man from the plate on the night as he went two for four with two runs, two RBIs and two walks. Erves clanged a ball off the right-field wall in the second inning that was mere inches from traveling out of the park. While he did not end up with a home run, he was able to leg out a triple on the play.

While no other Panther had more than one hit on the night, Rhett Mixon had a solid game from the plate, going one for four with two runs, one RBI, and two walks from the lead-off position. Catcher Nate Darwin went one for two and walked three times in a good night’s work from the plate as well.

The Panthers fell to 20-3 overall on the season. This was a non-conference game for LaGrange College as they remain tied atop the USA South West Division alongside Huntingdon with a record of 5-1. The Panthers next game is away to Berry on April 5.