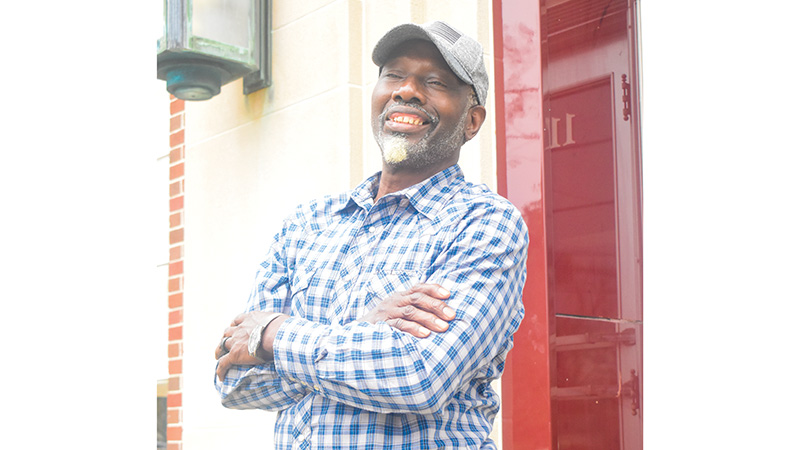 Junior Roger Daniel can still recall when LaGrange only had the Dairy Queen and Charlie Joseph’s as its star eateries in the 1960s. As a young adult, the now 67-year-old native son felt the town was too small for him after high school and left to see what laid beyond the fields and dirt streets he grew up on. Decades later, he found himself in Palatka, Florida, a town not unlike LaGrange in potential, he noted. With election season ongoing, Daniel is now campaigning to become mayor of his new home.

Daniel has been a resident of Palatka, Florida for nearly 20 years but spent the first third of his life honing the skills he used to build his living outside of Troup County.

Daniel grew up on a piece of property named “the Whitley Place” near Mooty Bridge Road that is now fenced-in grazing fields. He shared the home with his parents and three siblings, all deceased. He attended Ethel W. Kight Elementary and later Troup County High School. His first jobs were at McCoy’s Grocery, the Dunson Cotton Mill and eventually with Foster and Plumbing where he honed his electrical and equipment skills. He worked fields with his family regularly and developed his construction skills, he said.

Wanting to branch out his construction skills, Daniel elected to leave LaGrange at the age of 19.

“I realized LaGrange didn’t have enough to give to me,” he said. “It wasn’t enough. I wanted more out of life, so the best think I could do was [leave.]”

Daniel moved to Atlanta and in 1989 started his own construction company, R&P General Contractors, LLC, which he ran for over 15 years, and met his wife, Patricia.

As he began to build his own life, Daniel returned to LaGrange yearly for holidays. He said he’s caught glimpses of the town’s changes, especially in developments he didn’t think possible when he was growing up in LaGrange.

“The way I looked at it back then was small towns [had] small minds … but there’s so much now,” he said. “[The streets] are better off than they were back then. You never forget where you come from … I’ll never forget the way [LaGrange] was, but I see what it is today,” Daniel said. “It’s a good improvement. It really has grown.”

Following several decades of working alongside Palatka, Daniel felt he understood the needs of his neighbors and fellow Palatka citizens and made the decision a year ago to run for mayor.

“My people hear me, and they’re lashing out at the city because [of what’s happening] there,” he said.

Daniel said Palatka had been through recent unrest due to issues with its current leadership.