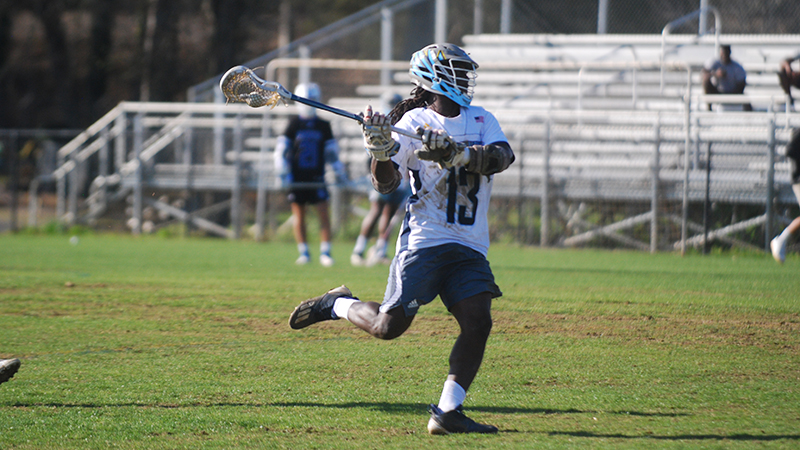 The Point University lacrosse team celebrated senior night on Thursday, but there was precious little to celebrate on the field as the Skyhawks were trounced 15-5 by Shorter University.

The Skyhawks only had one senior, Jassiem Josse, to honor at halftime during the game as they are a young team still learning how to play together.

Shorter rattled off eight unanswered goals across the second and third periods to take a 10-1 lead going into the fourth and final period.

Malyke Sillers grabbed back-to-back goals to start the fourth period to stop the bleeding for the Skyhawks.

Shorter scored another four unanswered goals to kill off any momentum the Skyhawks were building.

Josse and Sillers each got their third goal of the game down the stretch with a Shorter goal inbetween their scores.

Point University falls to 0-11 overall and 0-6 in the conference on the season. The Skyhawks only have three games left on the schedule with their next game against Mount Vernon Nazarene (Tenn.) on April 5.