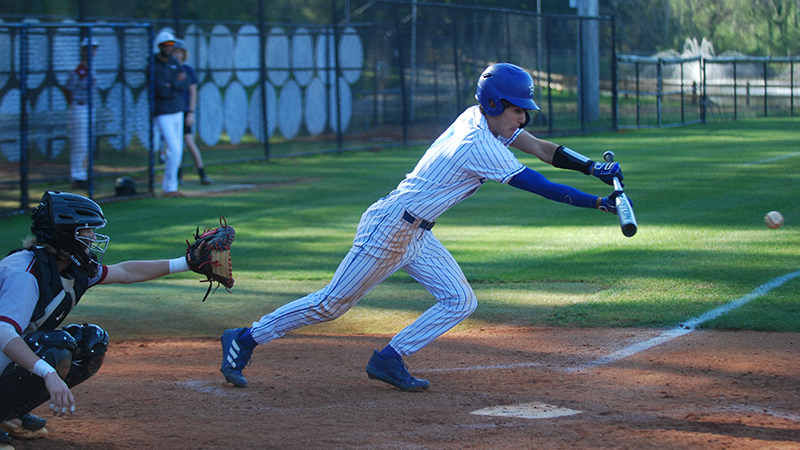 The LaGrange High School baseball team had a walk in the park Friday as they swept a doubleheader against Jordan with ease to bounce back after two consecutive losses earlier in the week.

The first game was a 15-0 mercy rule victory in just three innings.

The Grangers scored one run in the first inning and another in the second inning to take a 2-0 lead heading into the third inning where they exploded for 13 runs.

Seth Stargell and Robbie Parker eached had four RBIs in the game as they proved a formidable duo on the evening.

Preston Pressley had two RBIs and Turner Cook, Tanner Langley, and Zach Thompson had a RBI apiece to round out the scoring for the Grangers as two runs were unearned.

The Red Jackets had five errors in the game as it was a sloppy evening from the infield.

Parker got the start on the mound and was electric as he pitched all three innings and only allowed one hit on five strikeouts.

The second game was more of the same as the Granger once again won 15-0, but this time it took an inning longer as they closed the game out in the bottom of the fourth inning.

The scoring was more spread out as they scored four in the first, two in the second, four in the third and five in the fourth and final inning.

Head Coach Donnie Branch was able to rotate his time some and get his younger players some valuable playing time.

Kayden Sutton led the way from the plate as he hit two of four with three RBIs. Caden Wood and Lucas Harpole are the only other Grangers to have multiple RBIs in the game as they each had two.

It was a cleaner game from the Red Jackets infield as they committed no errors in the second game, but it was not enough to slow the Grangers’ scorching hot offense.

Pressley got the start on the mound in the second game and pitched three scoreless innings with only four hits allowed on three strikeouts. Turner Cook came in to relieve him and pitched one inning and did not allow a hit as he fanned two of the three batters he faced.

The Grangers improved to 16-6 overall and a perfect 10-0 in region play as they inch closer to their first region title since 2004, the same year Donnie Branch led the team to their only state championship. LaGrange’s next game is against Callaway High School on April 9.