Tigers put on a show in doubleheader sweep of Carver 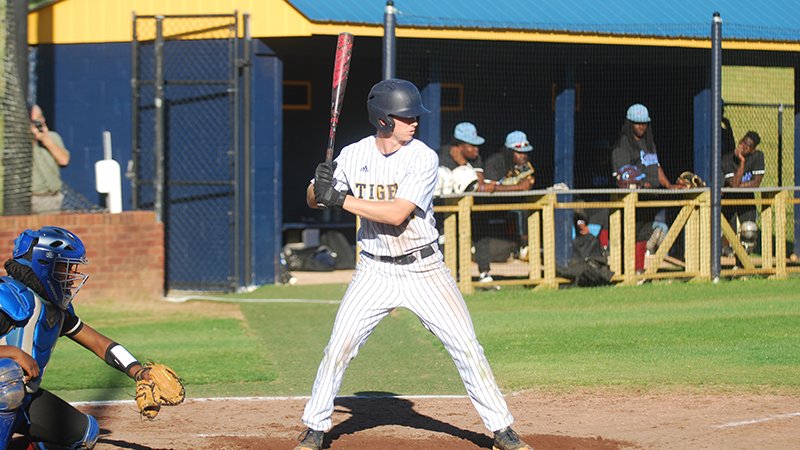 The Troup County baseball team swept a doubleheader against Carver on Friday.

The Tigers walloped Carver in the first game as they mercy ruled them 15-0 in just three innings of play.

Reed Morris had three RBIs to lead the way for Troup County. Ty Medders, Will Keeter, and Demetrius Hardnett all had two RBIs to help the Tigers reach the mercy rule limit. Devon Murphy, Daniel Martin, and Mason Atkinson all had an RBI each to round out the scoring for the Tigers in the game. Three of the Tigers’ runs were unearned.

Freshman Ethan Hunt got the start on the mound and pitched a no hitter and added three strikeouts to boot.

Carver did not help their cause as they committed five errors across three innings.

The second game was a slightly closer affair but still ended up being a dominant 13-3 win for Troup County.

Head coach Tanner Glisson was able to rotate his squad and got the same result as the first game.

Tripp Cummings, Fisher Baltzell, and Murphy led the Tigers’ offense with two RBIs apiece. Martin and Morris each garnered one in the game each as five of the Tigers’ runs were unearned. This was due to the fact that Carver once again had a sloppy showing defensively as the team committed four errors.

Will Keeter started the game on the mound and pitched four innings to earn the win. He allowed three hits, three earned runs and struck out six batters on the night. Dylan Stotsky came in for cleanup duty in the fourth and final inning where he struck out a batter to help secure the win for the Tigers.

The Tigers improved to 16-5 overall and 10-2 in the region. Troup County still trails LaGrange High School by 1.5 games in the region standings and will be salivating for their chance to match up later in the season to see if the Tigers can close the gap or overtake the Grangers and win their second region title in a row. The Tigers are back in action on April 1 as they take on Smiths Station and Stanhope Elmore as part of a doubleheader.