Ryan Bliss: From Troup County to the major leagues 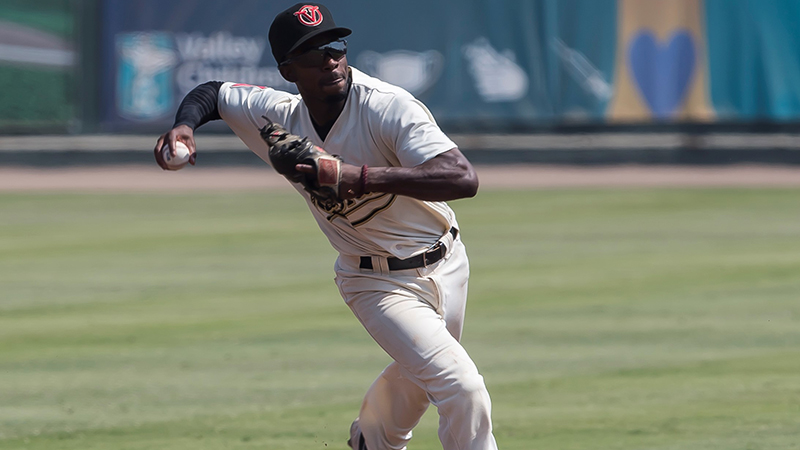 Bliss only got a taste of professional baseball last season as he played just six weeks with the Diamondbacks’ single-A affiliate, the Visalia Rawhide in California.

“It was pretty much everything I heard it was going to be,” Bliss said. “You play every day, and you wake up and go to the park and repeat that every day.  I can’t wait to see how the full season is this year.”

Despite the short time at Visalia, Bliss had a big impact. He even hit for the cycle for the first time at any level in his baseball career.

“I was astounded, I haven’t done that in my career, so to do it in my first pro season is pretty cool,” Bliss said. “I still remember the game, I got to the third at bat, and I hit a triple and I was like ‘all I need is a single? I got the hardest parts out of the way.’”

Still just 22 years old, Bliss still has time to grow and grow his game. Long before he was a college or pro player, Bliss suited up in the blue and yellow for the Troup County Tigers.

“I was blessed to have a great coach in Craig Garner. He liked to teach the game and coach the game, but he also taught you how to be a man,” Bliss said.

Traveling all the way across the United States to join the Diamondbacks’ organization definitely has Bliss longing for Troup County’s home cooking and his parents, but there is something he misses even more than the family and food.

“You can’t really get sweet tea out here,” Bliss said. “The only place you can get a quality down south sweet tea is at McDonald’s.”

Bliss has also been struggling to adjust to the time zone as Arizona does not practice daylight savings time so he is currently three hours behind eastern time. When one of Bliss’ games ends after 9 p.m. local time, it feels like it is after midnight for Bliss, which has been a struggle to start his west coast venture.

Bliss is currently taking part in his first spring training with the Diamondbacks.

“Just growing up, I’ve seen that my whole life and spring training looked so cool and now for me to be out there and be a part of spring training is so surreal,” Bliss said. “Some dreams I had as a kid are coming true.”

Spring training is a long and arduous process, but Bliss is not taking a moment for granted as the next step in his journey.

Bliss is patiently waiting for his shot at the big time. He knows that draft picks have to work their way up to the big leagues and no roster slot is given, they are all earned.

“You have to develop and you have to get better,” Bliss said. “You don’t want to seem like you’re rushing too much and you’re not prepared when the big time comes. The biggest thing is just don’t look ahead and play in the now. Everyday I’m just trying to go out and win and do well for whoever I’m playing with.”