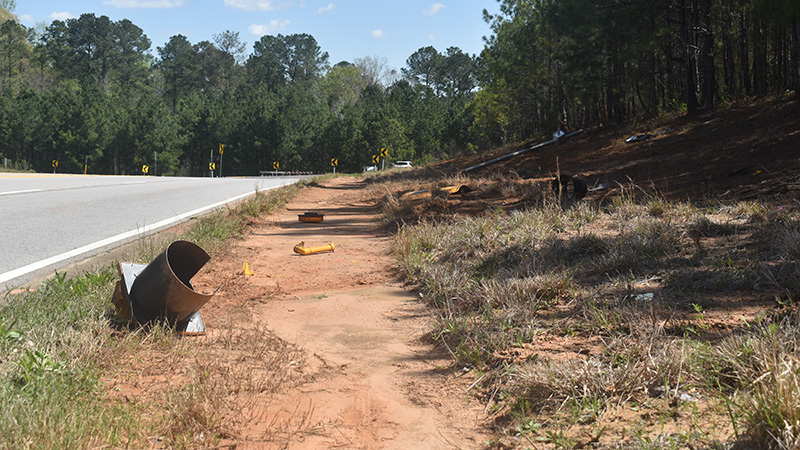 Above shows the aftermath of a car crash on New Franklin Road.

Two juveniles were injured in a one-car collision on New Franklin Sunday morning.

Troopers from Georgia State Patrol Post 2 in LaGrange responded to a single-vehicle crash on GA-1, near the curb on New Franklin Road leading into Martha Berry Highway, involving three passengers.

According to the preliminary report from Georgia State Patrol, the driver of a Nissan Pathfinder was traveling north on GA-1, at a high rate of speed.

The Pathfinder left the roadway where it struck a curb, light pole and a tree, before overturning back onto GA-1.

The driver was subsequently arrested and charged with several misdemeanor traffic violations, including DUI and child endangerment charges.