NGSA is the future of club soccer in Troup County 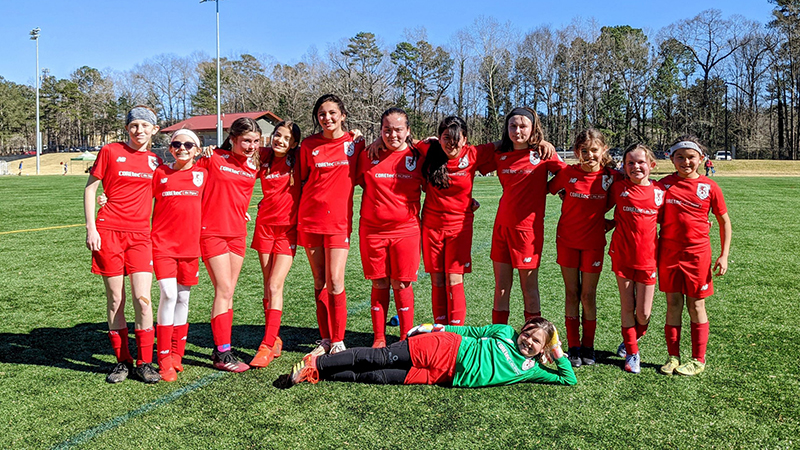 North Georgia Soccer Academy (NGSA) LaGrange is heading toward its first birthday. The NGSA LaGrange was formed as a merger between AFC Lighting and NGSA Legends last summer and is thriving heading into its second year of competitive play.

“In the fall of last year, we ended up with 145 players, which is the most any club organization has had in Troup County,” club administrator John Fuller said. “Some of the players that left originally to other areas came back because of what we had to offer.”

NGSA is now at the forefront of club soccer in Troup County. Soccer was once an afterthought in Troup County but is now a bustling area for bright young soccer stars. Callaway, LaGrange and Troup County High Schools all have both girls and boys soccer teams heading to the playoffs. Many of the players on these teams suit up for NGSA in the high school soccer offseason.

The club is not just limited to high schoolers as they have U12 and below teams as well. What makes the U12 and below NGSA teams so unique is the fact that they have their own fields to play on.

“We have our own fields over at Dunson Park, which I have converted from an old baseball complex to a soccer complex,” Fuller said.

Another big boon for the club is the fact that club founder and local executive director Karem Daser has such a wealth of experience coaching players and teaching coaches more about the game.

“He is a 25+ year college coach,” Fuller said. “He started the Dalton State program, and they are a perennial NIAI powerhouse.”

Starting this season, Daser has been coming down twice a week to train the players and coaches.

“He has all the connections for college,” Fuller said. “Any of our kids that want to play in college, Karem is a great asset to have.”

The NGSA club features players with different experience levels, from boys and girls that are just beginning to kick a ball around to the elite level of high school age competitors. In the past, Troup County soccer clubs struggled to find competition for the elite players in the county, but that is no longer the case. This past season the NGSA club had five different players play for MLS NEXT, including LaGrange High School star Tripp Hollstrom.

“MLS NEXT is an extremely high-level travel soccer program,” Fuller said. “The club travels all over the country and plays other clubs associated with the MLS NEXT program and it is elite coaching and you’re playing with elite talent and against elite talent.”

The MLS NEXT program allowed these individuals to be scouted even closer by the college ranks. In the first season, five was a great turnout, but the club has 15 slots allocated for the MLS NEXT program and hopes to fill even more of those slots in the future.

“What we’re able to offer now by having the merger is exceptional coaching for the beginner all the way up to the intermediate and then the best opportunities available for the elite players, which is something we’ve never been able to offer here in LaGrange,” Fuller said.