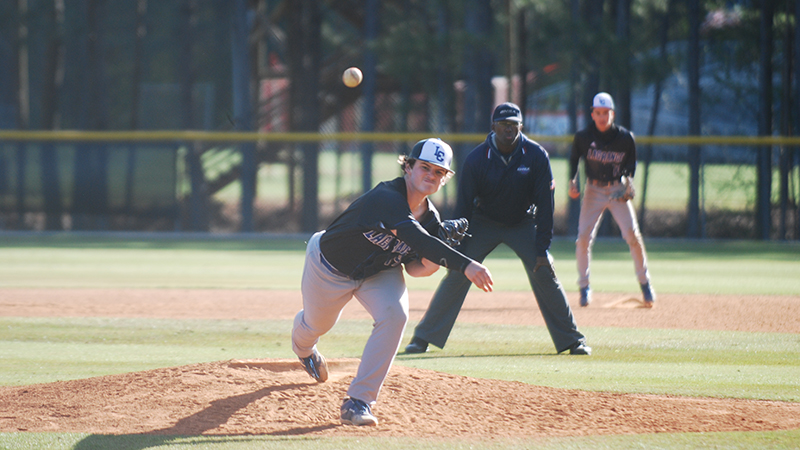 The Grangers took a 1-0 lead in the top of the first when Robbie Parker scored on a wild pitch.

The Grangers’ bats exploded in the top of the sixth to retake the lead. It started with a bases-clearing double by Rob Skinner to drive home three runs and give the Grangers the lead back. Skinner scored later in the inning on an error by Harris County’s shortstop. A balk by the pitcher scored Austin Skiff before Parker recorded a RBI single to give the Grangers a 7-3 lead.

LaGrange stretched its lead even further with a two run fifth inning. Skinner hit a RBI single and scored later in the inning when Parker took a walk with the bases loaded.

The sixth inning saw the Grangers add an additional two runs and built a lead that proved insurmountable. Turner Cook hit a RBI single to get the scoring started in the inning and then made it home later in the inning on a balk by the pitcher to give the Grangers an 11-3 lead.

The Tigers added a couple of consolation runs in the bottom of the sixth inning, which barely made a dent in LaGrange’s lead.

Skinner was the best offensive weapon for the Grangers in the game as he went two for three with four RBIs, two runs scored and a walk. Cook got the only other multi-hit game for LaGrange and went two for three from the plate with a RBI, three runs scored and a walk. Parker went one of two with two RBIs, two walks and a run scored as he showed tremendous patience at the plate.  Colton Esposito got the Grangers only other hit in the game.

Caden Wood and Parker split duties on the mound with Wood getting the start and going four innings before Parker came in to relieve him and pitch the final three innings.

LaGrange is now 18-6 overall after beating AAAAA Harris County, who was in the quarterfinals of the playoffs a year ago. The Grangers lead their region with a record of 10-0 and have two important games remaining against the second place team in the region, Troup County. LaGrange hosts Spencer in a region doubleheader on Monday.