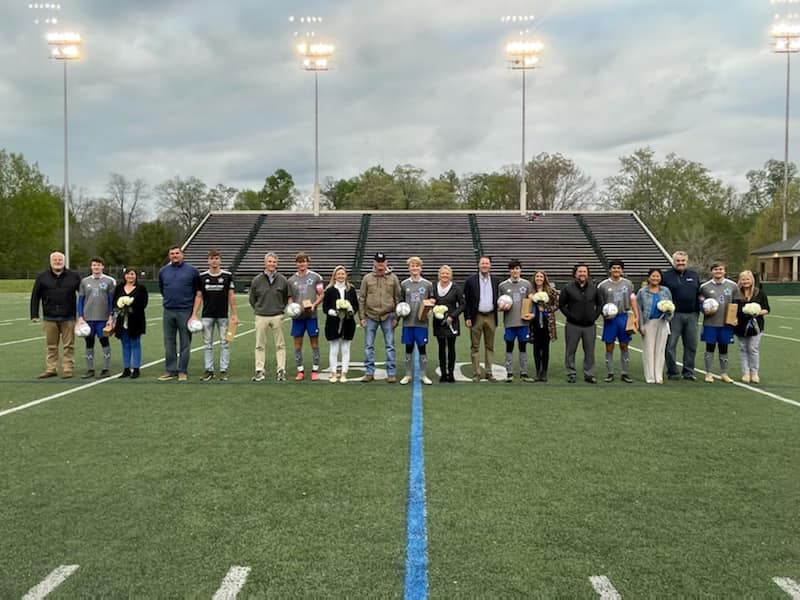 The LaGrange boys soccer team finished the regular season with a 2-2 draw versus Calhoun on Friday. It was more than just a game as the Grangers celebrated seven seniors for senior night.

The Grangers went down early when they allowed a goal, but tied the game with a Tripp Hollstrom goal on an assist from Andy Patton. The Grangers then fell behind again before equalizing with a goal from leading scorer Davis Knight.

Knight has been outstanding this season and led the team with 24 goals and 21 assists.

Both goalkeepers put in a show to keep the scoring to a minimum. Reese Lester made numerous quality saves to keep the Grangers in the match. The Calhoun goalie, who is committed to Dalton State next year, made some good saves too.

The Grangers end the regular season 12-3-2 overall and 7-1 in region play. LaGrange finished second in Region 2-AAAA and will host a playoff game against Perry on April 15 at Callaway Stadium.