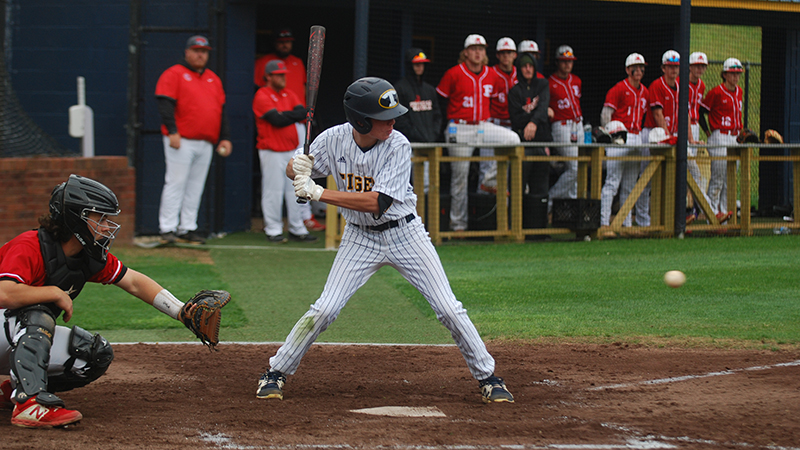 Troup County earned a 4-1 victory over Pepperell on Friday.

The game was stuck in a deadlock until the Tigers scored all four of their runs on the evening in the bottom of the fourth. Devon Murphy got it started when he hit a RBI double. This was followed by a Josh Mcdonald double that brought Murphy home. Mcdonald promptly scored on an error to give the Tigers a 3-0 lead. Reed Morris scored on an error later in the inning to cap off the scoring for Troup County.

The Dragons got a consolation run in the top of the seventh, but it was too little too late as the Tigers held on for the win.

Despite having more hits than the Tigers, Pepperell committed three errors while the Tigers had a clean game defensively, which was the difference on the evening.

Josh Mcdonald had the best showing of the night offensively as he went two for three with an RBI and a run scored. Murphy and Morris got a hit a piece as the Tigers could only muster four hits in the game.

Daniel Martin got the start on the mound for the Tigers and only allowed two hits in five innings of work.He was also able to tally four strikeouts as well. Murphy came into relieve Martin and pitched the final two innings allowing four hits and one earned run.

Troup County improved to 17-7 overall and since this was a non-region game its 10-2 region record remains intact. The Tigers trail LaGrange High School by 1.5 games in the chase for the region crown and play the Grangers twice next week. The Tigers next game is at Newnan on Monday.