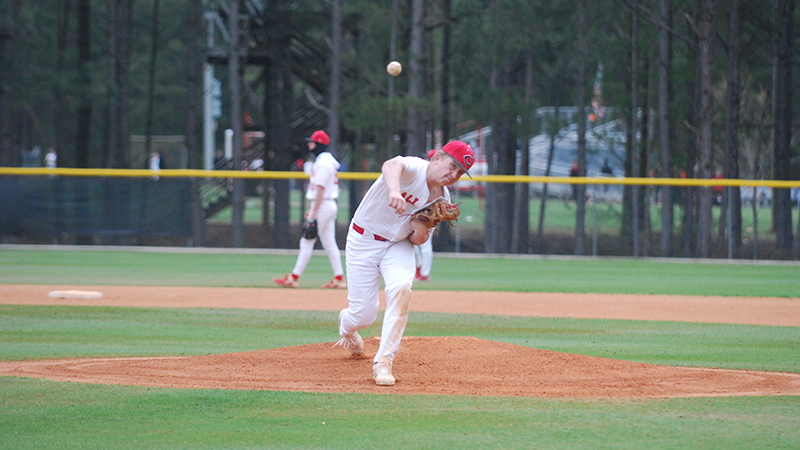 The Callaway baseball teams split a doubleheader against Haralson County, but it was enough to secure the first region title since 2018.

The first game saw the Cavaliers earn a 3-0 lead on some late game heroics.

The game was a pitchers duel until the Cavaliers broke the deadlock in the bottom of the fifth inning. Dylan Nation got the scoring started when he reached home on an error by the Rebel third baseman. Tucker Starling followed this with an RBI double to give Callaway a 2-0 lead.

Callaway added to the lead when Andrew Locke hit a RBI double.

Starling struck out the side in the seventh inning to secure the win and the region crown for the Cavaliers.

Starling was the star of the show for the Cavaliers as he went one of three from the plate with a RBI. He complimented his offensive game with an even more dominant performance on the mound. Starling pitched a complete game shutout as he only allowed three hits and stuck out 12 batters.

Bryce Hubbard was also solid from the plate and went two for three with a RBI and a run scored. Blake Sheppard had the only other multi-hit game for the Cavaliers as he went two for two with a run scored and reached base for a third time after being hit by a pitch.

The second game did not go so swimmingly for the Cavaliers as they lost 16-9.

The Rebels took an early lead when they scored a run in the top of the first inning, but Callaway answered back with three runs in the bottom of the first. Sheppard hit a two out

RBI double to start the scoring for Callaway. Juston Moore and Jacob Karvelas followed this with a couple of RBI singles to give the Cavaliers a 3-1 lead.

The Rebels answered back to cut the lead to one in the top of the third before the Cavaliers scored three runs in the bottom of the third to expand their lead.

After losing again to LaGrange on Saturday the Cavaliers are now 16-6 overall and 10-2 in region play. Callaway locked in the region crown regardless of losing the series to Haralson County 1-2. Callaway plays again on April 15 against Northside.