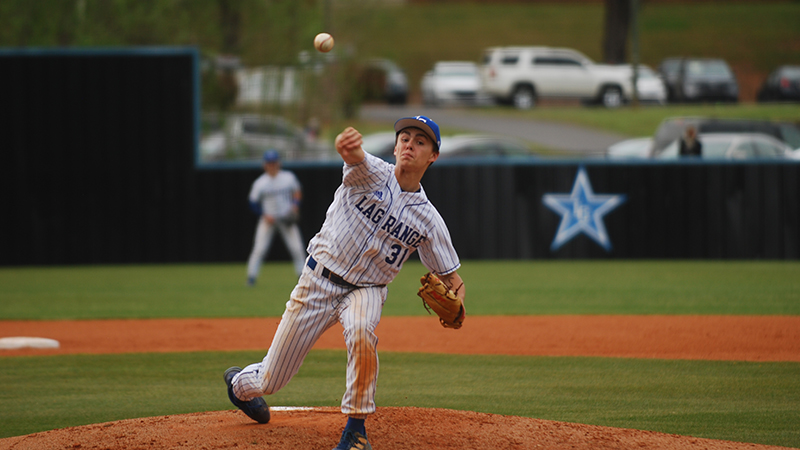 The LaGrange baseball team mercy ruled Spencer in both games of a doubleheader on Monday.

The first game was a massacre as the Grangers defeated Spencer 25-0 in two and a half innings of play. The Grangers scored 10 in the first inning followed by a whopping 15 runs in the second inning.

Trevor Booton led the way from the plate with an astounding five RBI, two runs scored and a monster home run in only two plate appearances. Zach Thompson was also outstanding from the plate as he went three for three with three RBIs. Brandon Bennett, Colton Esposito and Austin Skiff also had three hits in the game. Kayden Sutton had three RBIs in the game as well.

Tanner Langley and Ben Alford nearly combined to pitch a perfect game as they struck out a combined eight of the nine batters they faced. Instead, they would have to be satisfied with combining for a no-hitter. Langley got the start on the mound and pitched the first two innings and struck out five of the six batters he faced. Alford came in to relieve him in the third and final inning where he struck out the side.

The second game was only marginally better for Spencer as the Grangers beat them 15-0 in four innings.

Grangers’ head coach Donnie Branch was able to get some other players valuable playing time as he made a multitude of changes to his starting lineup between games.

The Grangers scored 10 runs in the first inning to put Spencer away early before adding three runs in the third and two in the fourth inning.

Lucas Harpole, Sutton, and Alford all led the way with two RBIs each. Cooper Stephens, Trey Cook and Pressley each had a RBI each to round out the scoring for LaGrange.

Six of the Grangers runs were unearned. LaGrange could only muster six hits but reached base a combined 17 times on walks and hit by pitches.

The Grangers improved to 20-6 overall and 12 in region play. LaGrange leads Region 2-AAAA heading into the final two weeks of regular season play. The Grangers play Troup County in a pivotal region matchup on Wednesday.