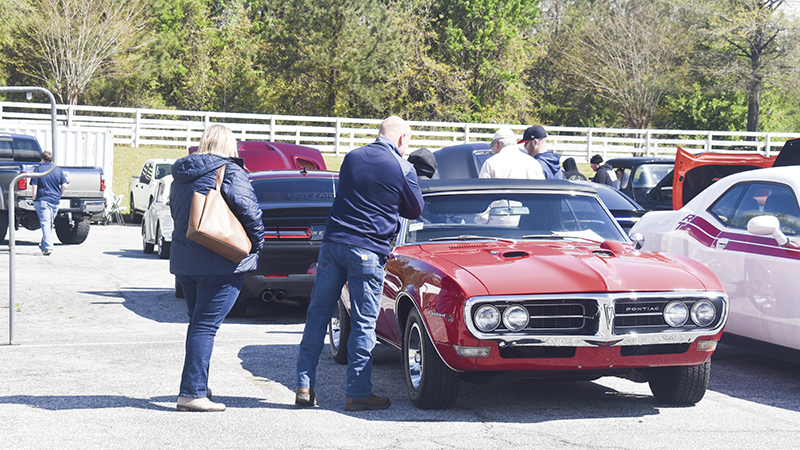 HOGANSVILLE — Cruisers for Christ hosted a classic car show on Highway 29 in Hogansville this Saturday. The cause this time was to benefit Celebrate Recovery Hogansville, a rehabilitation program that seeks to help those recovering from alcohol and drugs.

Vehicles from as early as the late 1920s to as recent as the early 2000s lined the parking lot of Georgia Wholesale, offering spectators a glimpse of the cars of the past, including a 1938 Ford Coupe, a 1967 VW Beetle and a highly coveted 1968 Pontiac Firebird

Bill Dollar, one of the leaders for Celebrate Recovery Hogansville, said the event had 80 participants total and garnered over $2,500 for the program overall.

“We try to become part of their life because they might be very scared,” Dollar explained.

“They’ve been living a life of addiction for so long and suddenly they’re not. Everything’s changed for them.”

Dollar noted himself as a former addict and has been clean of drugs and alcohol for nine years after nearly three decades of addiction. He said such experience is crucial to helping the program’s participants.

“They need someone who’s been there,” he said. “Whenever they [begin to relapse], we say, where you at? The first thing they need is someone to talk to. Afterward, we tell them not to let the shame of [relapsing] kill them. Relapse is an absence of recovery, but it happens and so we’re not critical of anyone who’s in [our program].”