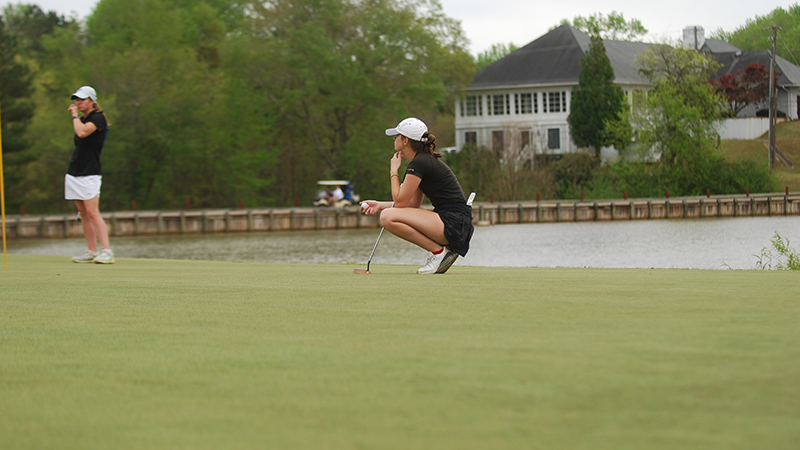 The 4th Annual Battle of the Border Alabama vs. Georgia Ladies Golf Tournament took place at Lanett’s Pont University Club on Monday, April 11. The sun was shining, there was a slight breeze, but the conditions were perfect for some afternoon golf.

The tournament rotates between Alabama and Georgia every year. Next season’s tournament will be in Georgia at a still to be determined site.

The high school girls golf event hosted by Coach Adam Byrd from Auburn High School brought schools from all around Alabama and Georgia to compete in the title. Seventeen schools were represented from both sides.

The tournament was a two versus two best-ball format. Two players from differing Alabama schools competed against two from Georgia. Each hole awarded a point to the winning team, and half points for tying.

The highest scoring team among both states went to Auburn High School’s Hannah Halverson and Hewitt-Trussville’s Keirsten Riggins with a team score of 14. Katelyn Cook from Mountain Brook won closest to the pin and Blair Maner from Lovett won longesr drive.

Alabama won the title 154.5-133.5. With the win, Alabama took back the traveling trophy to the host school, Auburn. The host school changes every year. Georgia won last year’s title at Mirror Lake in Villa Rica. The win gives Alabama a 3-1 series lead.