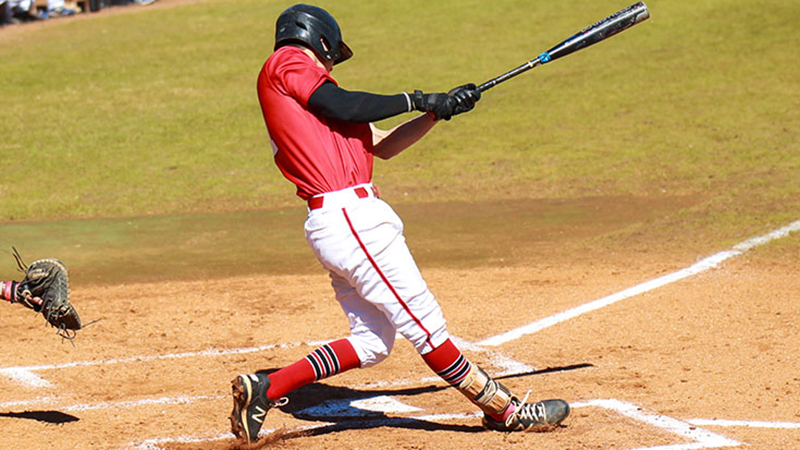 Ruth set a new NCAA-era school game record with three home runs and tied the NCAA-era school record with eight RBIs. He tied his career best with five hits: the three home runs, along with a double and a triple. Ruth recorded his 200th career hit with a home run to lead off the eighth inning. He raised his season batting average to .463, with six home runs and 50 RBIs, all team bests. Ruth is the first Panther to have 50 RBIs in a season since Blake Butcher had 50 in 2017.

The Panthers smashed a new team game record with six home runs. In addition to Ruth’s three home runs, Jared Aldridge, Cael Chatham, and Rhett Hebert also went deep. The Panthers had 18 hits in the game, 13 for extra bases. The 20 runs marked the 17th time the Panthers have scored in double figures this season.

Ruth’s first home run, a two-run shot to right center put LC up 5-2 in the second inning. Oglethorpe came back with a run in its half of the second and four more in the fourth to take a 7-5 lead.

The Panthers retook the lead for good with a three-run fifth inning. Hebert’s two-out two-run single gave LC an 8-7 lead. The Panthers outscored the Stormy Petrels 15-2 the rest of the way.

Hebert led off the ninth with his first collegiate home run. Ruth capped his night with an RBI triple and came home on Chatham’s double. Aldridge capped the six-run inning with a three-run home down the left field line. It was his third home run of the season.

The Panthers are scheduled to start a three-game USA South series with Piedmont on Thursday at Cleaveland Field in Williamson Stadium. Game time is 7 p.m.