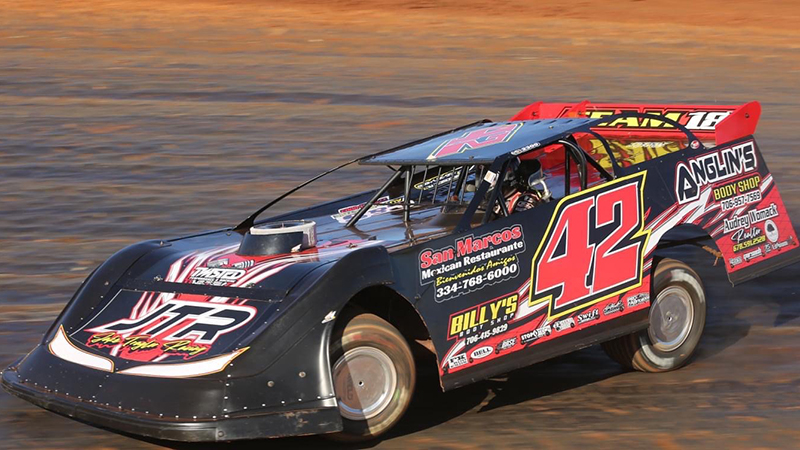 Traylor is a one-man crew as he has no pit crew to work on his car in between qualifying and the race or during the week.

For Traylor, Penton Motor Speedway is his home track. He has been racing there since he was 12 years old. Traylor is a graduate of Troup County High School and represents LaGrange wherever he travels to race. On average, he attends 50-60 races a year and does two races a weekend frequently. Traylor does not race for points. Instead, he goes wherever the payout is the best.

“Racing is basically all I know, it’s all I’ve ever done,” Traylor said.

He has won 20 or 30 races at Penton over the years, but this win felt a bit sweeter after nearly five years of no racing at Penton.

“I was glad to win in the first opening since it closed five or six years ago,” Traylor said.

After such a long layoff from being able to race on his home track, Traylor was looking forward to getting back out there, and he delivered a winning performance.

“I’ve been looking forward to getting back out there for a while,” Traylor said. “I’m glad that somebody opened it back up.”

What made the occasion even sweeter was the fact that he won in front of such a large crowd. New Penton Motor Speedway owner Calvin Pike said it is the largest attendance in history at the track.

“I knew it was going to be packed, but that was a big crowd, and they were loud,” Traylor said.

Traylor normally races in the 604 crate races and had a car entered into that competition on Friday. He let his friend who helps him acquire parts for his car drive it as a way of saying thank you.

“He helps me with anything I need like tires and whatever else I need to get for the cars,” Traylor said.

Traylor usually drives his #42 604 car but was in his #1 602 car on Friday. He is sponsored by the likes of Southern Carts, San Marcos Restaurant, and Rip Tide Car Wash among others. He plans to return to the #42 car Friday when he is back at Penton Motor Speedway.