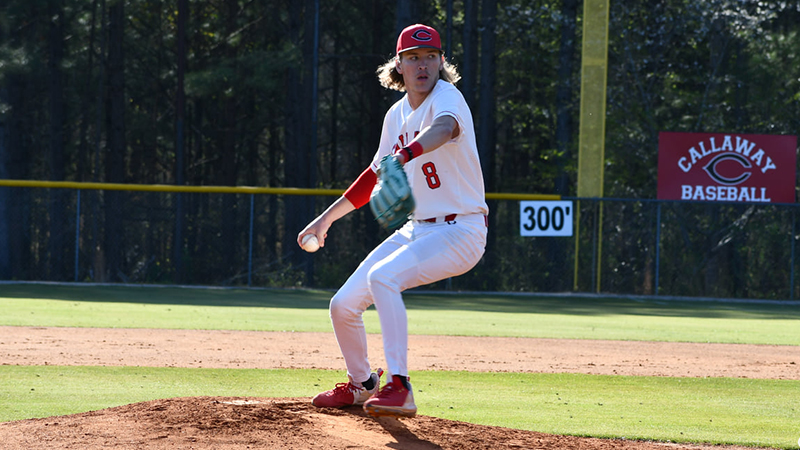 The Cavaliers were put in an early hole when the Tigers scored two runs in the top of the first inning.

Callaway answered with two runs in the bottom of the first to tie the game up. CJ Stephens launched a home run over the left field wall to grab both RBIs.

The Cavaliers took the lead in the bottom of the second when they scored an additional two runs. Brantin Swanson scored on a wild pitch to give Callaway its first lead of the game. Blake Sheppard was hit by a pitch later in the inning with the bases loaded to stretch the Cavaliers lead to two.

No runs were scored over the last five innings as the game turned into a pitcher’s duel down the stretch.

The Tigers actually garnered more hits than the Cavaliers, but Callaway was able to generate extra base runners as they had three players hit by pitches and earned two walks.

Starling got the start on the mound and was outstanding, especially after the somewhat shaky first inning. Starling pitched a complete game with seven strikeouts and allowed seven hits and two earned runs. He also helped his cause on offense as he had the only multi-hit game for the Cavaliers on the night, going two for three with a run scored.

Stephens had the one hit on the game, the aforementioned home run, and led the team with two RBIs. Swanson also got a hit and scored a run for the Cavaliers. Justin Moore got the only other hit in the game for Callaway.

This win snapped a two game win streak for the Cavaliers and helped them get some momentum with only three games left in the regular season.

Callaway improved to 17-6 on the season and have already locked the region up with a record of 10-2. The Cavaliers next game is at home against non-region opponent Northside on Friday.