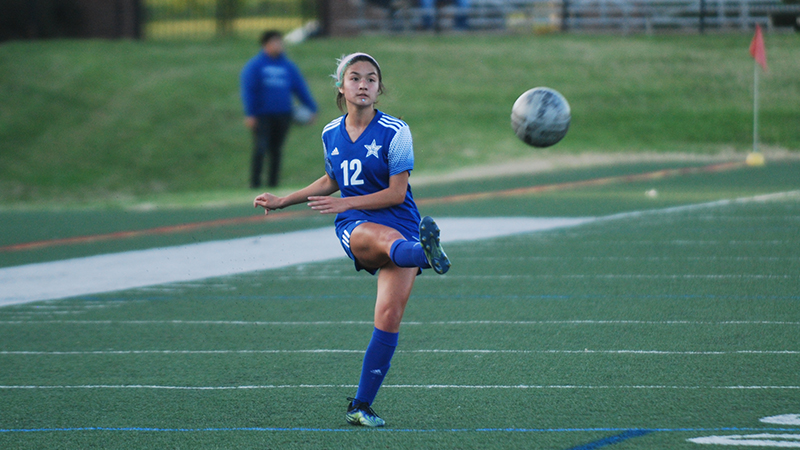 The LaGrange High School girls soccer team earned a 7-0 victory over West Laurens in the first round of the playoffs on Thursday.

The Grangers were only up 2-0 at the half before exploding for five goals in the second half to put the game to bed.
“Finishing has to be better for sure,” head coach Jon Callahan said. “We were a little bit unlucky to not get a few more goals.”

The Granger leading scorer, Sam Cottle, came back from an injury layoff and got right back to work with two goals and an assist.

“Sam had been out two weeks since she got hurt against Columbus,” Callahan said. “We were really pleased to get her back and feeling great. She was probably a little mad that I didn’t let her play more.”

Karley Perry also had a huge game for the Grangers as she also scored two goals and provided an assist.

Ava Arrington, Carlee Roland and Tatum Fritchley all got a goal each to round out the scoring for the Grangers.

Tyra Potts, Fritchley, Roland all had an assist on the night as five of the seven goals had providers.

This is Callahan’s first season in charge of the LaGrange girls and earned a win in his first playoff game.

“I’m feeling great, very pleased,” Callahan said. “It has very little to do with me, it’s all about the girls out there playing. I’m very thankful we have great senior leadership.”

The Grangers improved to 9-10 overall on the season. LaGrange will have a monumental task in the next round as it travels to take on reigning AAAA champion North Oconee, who is undefeated on the season.