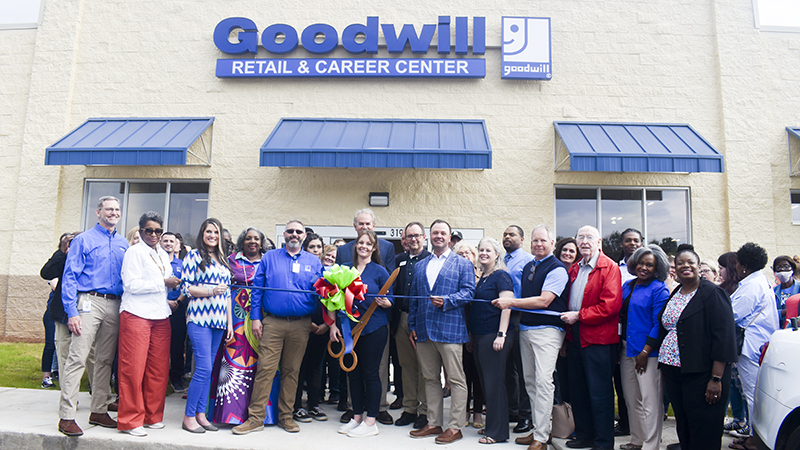 Goodwill associates, city officials and customers, some of which were in line as early as 8 a.m., celebrated the grand opening of the Commerce Avenue Goodwill as it settled into its new location Wednesday morning.

The brand new, 20,000-square-foot, offers not only a vast retail space of gently used goods but also a 4,400 square foot career center. The center will be entirely open to the public and will include a number of helpful amenities including free tax preparation for individuals who make $57K or less, community job fairs, mock interviews, resume builders, and training on workforce skills and habits.

Dalia Diaz, the education and training director for Goodwill Industries of Southern Rivers, said Goodwill has been working with companies all throughout Troup County, including retail, restaurant and larger businesses like KIA Georgia, to post available positions.

“We have training rooms and classrooms where we do classes and workshops on how to conduct interviews or [put together] a resume,” Diaz said. “We have [a computer lab] and laptops here, and we walk people through the process of creating a resume and [applying for jobs.]”

All of the proceeds from the retail store portion will go directly to funding and supporting the career center.

“Commerce Avenue [is] one of the business commercial thoroughfares in the city,” he said. “[Goodwill] has done so much work to improve just the physical appearance of Commerce Avenue. We appreciate the investment you have made.”

Daniel Martin leads the Tigers to a victory over…