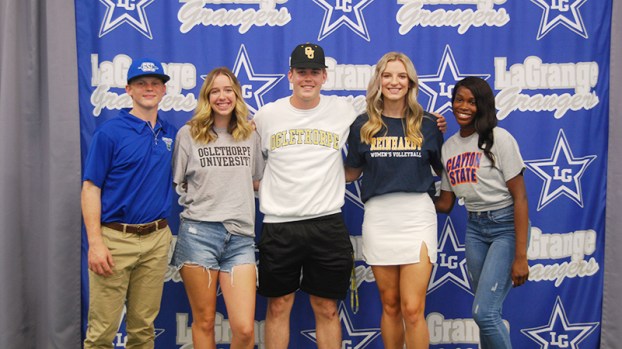 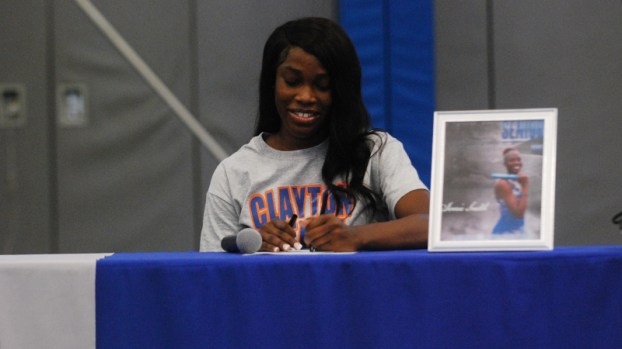 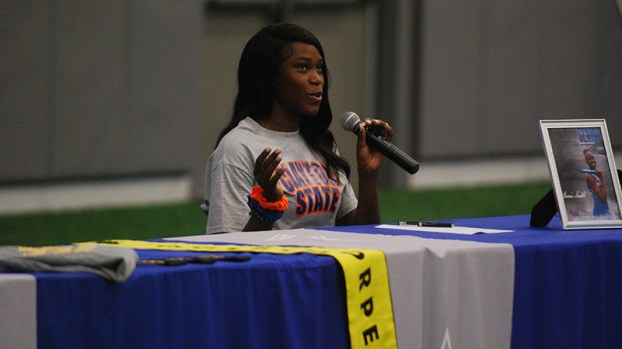 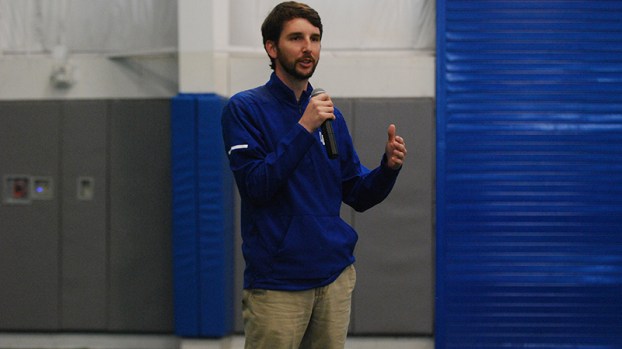 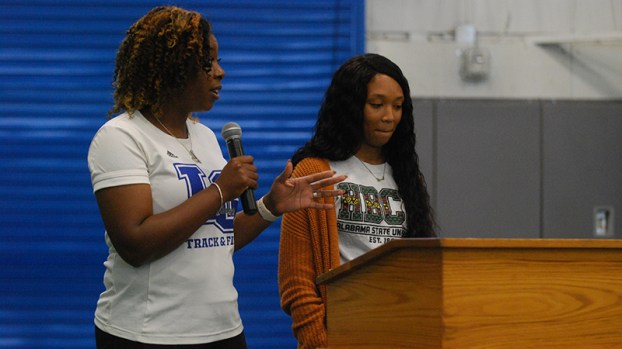 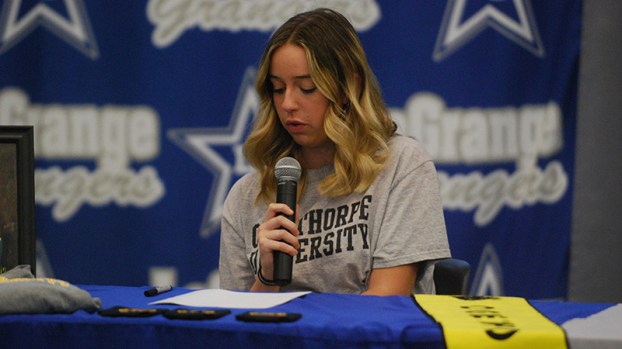 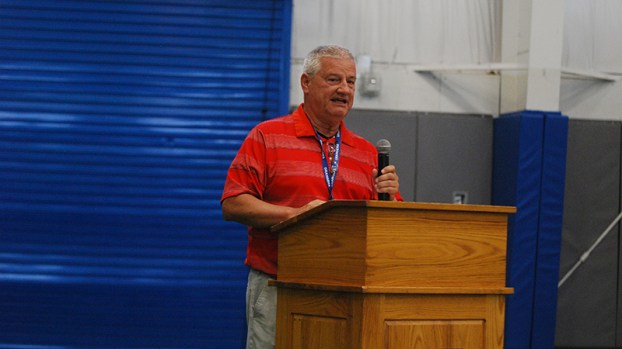 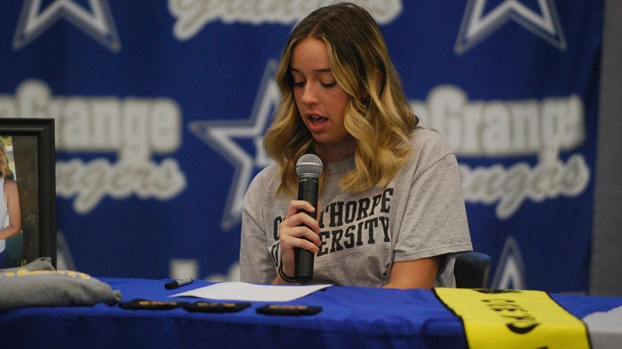 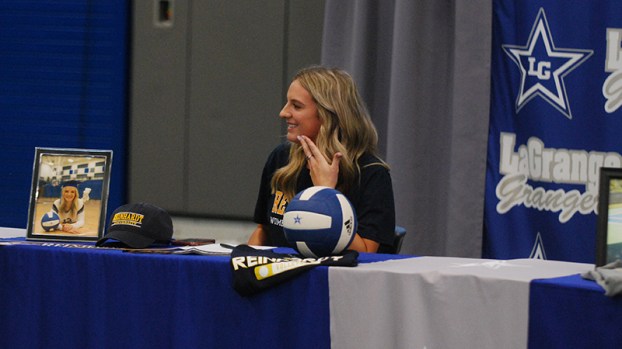 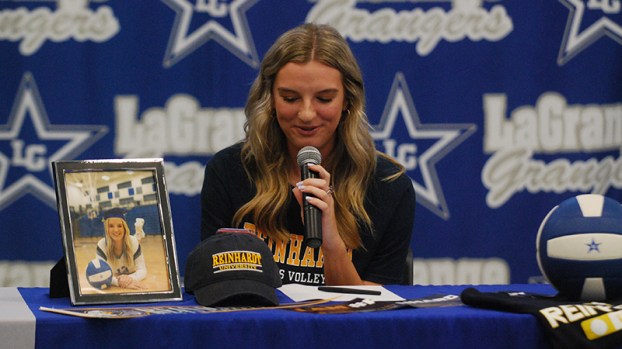 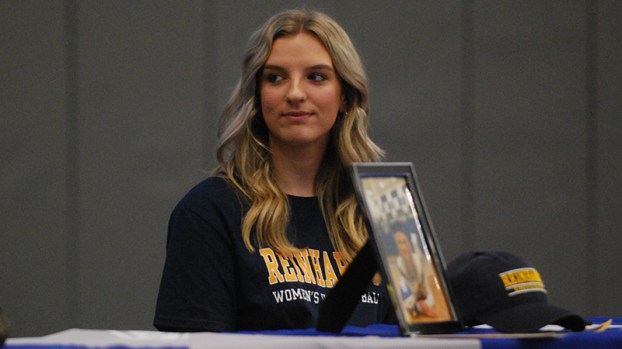 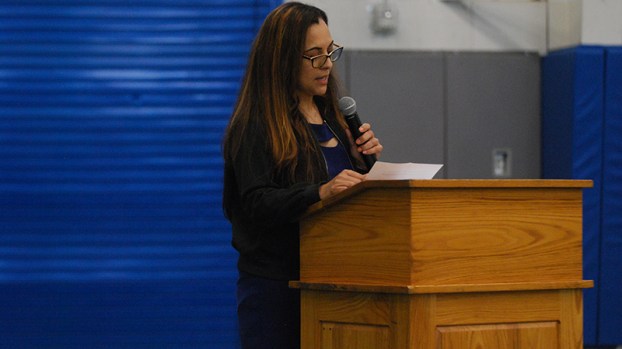 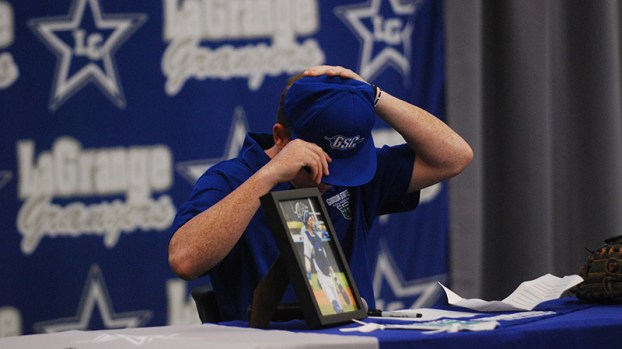 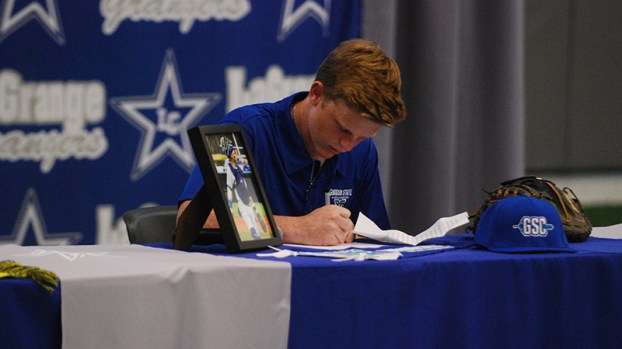 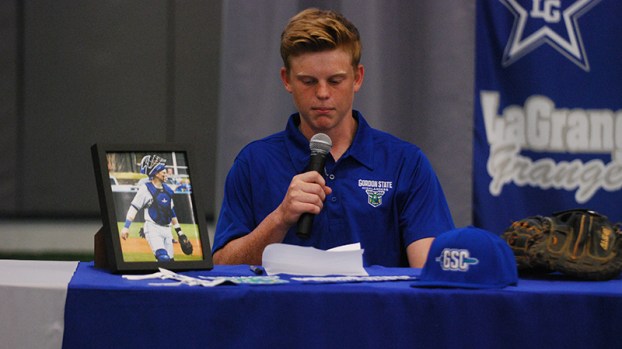 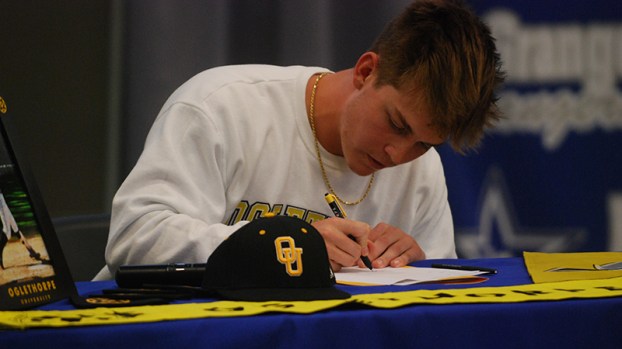 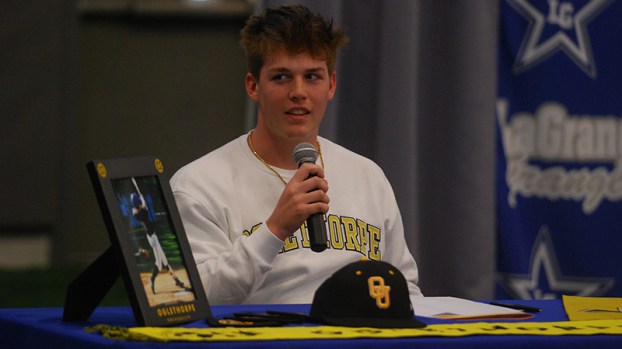 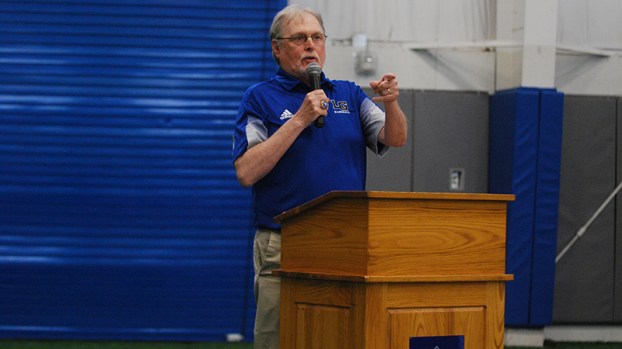 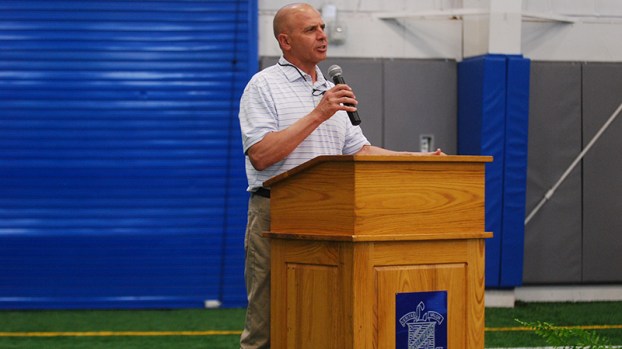 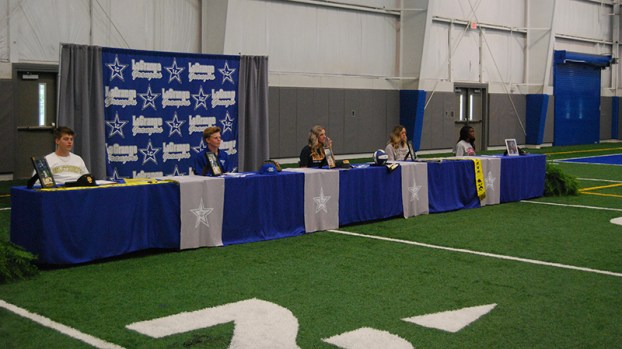 It was a celebratory occasion in the Pardue indoor practice facility at LaGrange High School on Thursday as five Granger seniors signed their letter of intent to play sports at the next level.

First up was baseball player Turner Cook who signed to play at Oglethorpe next year.

“Turner led our team in RBIs last year, and he’s up toward the top this year,” head baseball coach Donnie Branch said. “He leads us in home runs this year and comes through in the biggest moments.”

Cook arrived before his junior year, and it was a bit of a tough adjustment at first for him.

“It was honestly one of the hardest things I’ve ever had to do, moving to LaGrange,” Cook said. “I really feel like they really welcomed me here, and it’s been a wonderful experience. I can’t thank them enough.”

Second up was another baseball star in Zack Thompson. Thompson put pen to paper and declared his decision to attend Gordon State College. It is a junior college, but Thompson has eyes on using the college as a springboard to eventually play Division I baseball.

“My dad always believed in me and pushed me to be the best,” Thompson said. “[He] hit with me every night.”

Thompson is a senior leader and helps set the tone in the locker room for the younger guys with his incredible work ethic.

“Last year, we had an end of season [meeting] with all our returning players, and I asked them if there was a player or players that if everyone did what they did our team would be at its full capacity,” Branch said. “Every single returner named [Thompson].”

Next was volleyball player Katy Beth “KB” Bedingfield, who made her decision to attend Reinhardt University months ago. She officially announced her decision on Thursday. Bedingfield transferred to LaGrange from Troup County as a sophomore and has made it her home. Like the others, Bedingfield thanked a multitude of people including her parents.

“I cannot tell you how many times they have gotten up at 4 a.m. to take me to a tournament or sat through multiple games videotaping them so I could have film,” Bedingfield said.

“At the end of that season, (sophomore) Kat Beth wrote this thank you note for me,” Bedingfield’s JV volleyball coach Amy Barrientos said holding up the note. “Sometimes in the morning, sometimes in the evenings when I need words of confirmation, I read this.”

Following Bedingfield was tennis player Maddie Nolen who announced she would also be attending Oglethorpe University.

“Coach Branch said that’s a place for a bunch of smart folks, and they got a smart one,” Tennis head coach Kenny Moore said. “They got a young lady who is going to be a really good student and a really good person.”

Nolen’s abilities have grown tremendously over her time at LaGrange High School. No matter where she plays, she also has her three favorite supporters there cheering her on.

“If you’ve ever been to any of my matches, you’ll see the same three faces,” Nolen said. “My mom, my grandfather and my best friend, Landon, are always at every single one of my matches.”

The last signing of the day was Ivorie Smith, who signed to Clayton State University to run track and cross country. Smith has blazing speed on the track but carries herself with grace off of it.

“I would not change anything about you,” Tia Sheffield said. “Just being around you has helped me get through certain days.”

Smith said she was not going to cry, but she shed a few tears hearing her coaches talk about her.

“My coaches always pushed me,” Smith said. “She has pushed me through a lot and motivated me when I wanted to give up.”

It was a festive occasion for the Grangers and especially for these five individuals. This will not be the last signing day at LaGrange for the class of ‘22 as the Grangers have even more athletes making their collegiate decisions at later dates.