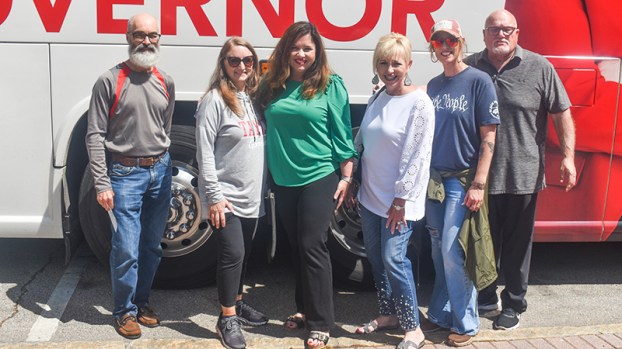 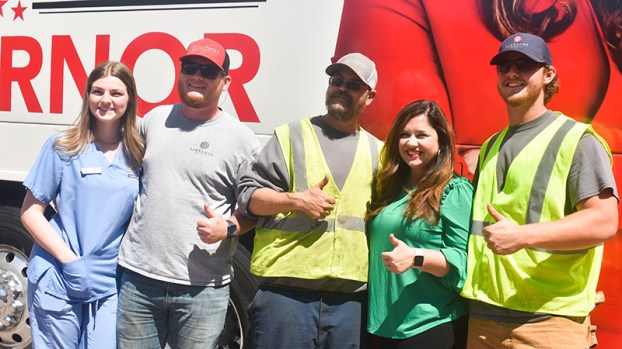 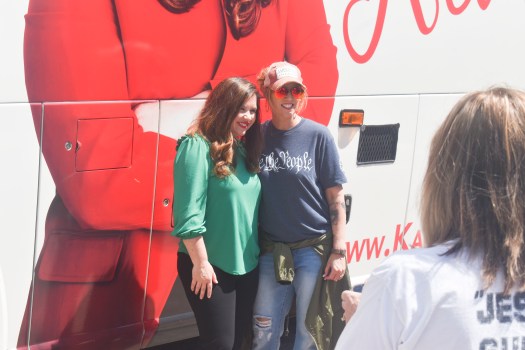 Georgia gubernatorial candidate Kandiss Taylor stopped in LaGrange Thursday as part of her bus tour campaigning around the state.

Taylor, a Republican, met with supporters outside of the LaGrange-Troup County Chamber of Commerce and spoke about her reasons for running for office. She is campaigning against fellow Republicans Brian Kemp and David Purdue and Democrat Stacy Abrams.

Taylor said her primary objective is to “represent the people.”

“We have a lot of elite, established politicians on both sides of the aisle that don’t represent the people, they represent themselves, big corporations, Vtechs and their own pocketbooks,” she said.

Taylor is seeking to protect the rights to religious freedom and gun ownership, ideas that make up the slogan on her campaign bus, “Jesus, Guns, and Babies.”  The “babies” part of her slogan is targeted at the “people’s right to life,” she specified.

“For me, it’s about taking the government back to the people and giving the people what they need and want,” Taylor said.

She said Georgians want the state income tax eliminated and said this is possible with the state’s current economy.

“We’re the eighth strongest in the United States, and we have a surplus of state money just sitting there that’s ours,” she said.

Due to her background as a counselor, Taylor is additionally advocating for prison and mental health reform for veterans. She particularly blamed recent fentanyl use upticks in the American prison system on border issues.

“We have millions coming across the border bringing illegal drugs, fentanyl particularly, and it’s killing the population,” she said.

She spoke against Kemp’s increased net worth, which reportedly grew by $3 million since he took office in 2019, as well as that of other challengers.

“We have to get away from this established politician mindset and get normal stateswomen and statesmen to run and serve,” she said. “When you get up there and you make a career out of it, you forget who you work for and who runs the government. The people run the government.”

Taylor previously ran for U.S. senator in 2020. She currently works Appling County Board of Education.