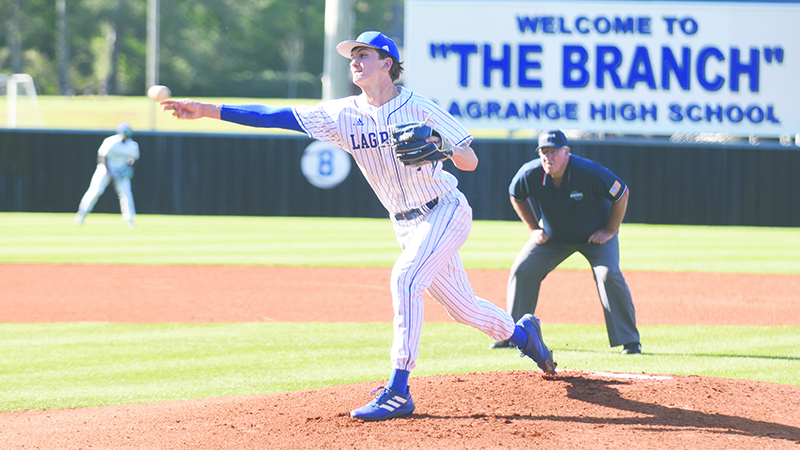 The LaGrange baseball team beat Troup County 3-0 on Friday to win the region 2 title. The game was competitive, heated and had everything you would want from a rivalry between two crosstown rivals including an ejection.

The game was a pitcher’s duel between the Tigers’ Devon Murphy and the Grangers’ Trevor Booton as neither blinked over the first five innings. Unfortunately, Murphy allowed three earned runs in the sixth, but that didn’t take away from what was a great performance on the mound as he only allowed three hits on strikeouts in the game.

Booton was absolutely sensational on the mound as he pitched a complete game shutout, allowing only six hits on 10 strikeouts.

Booton shut down any chance of a tiger rally in the top of the seventh to earn the win.

Ty Medders had the best game offensively for the Tigers as he went two for three and was hit by a pitch to reach base three of his four at bats. Murphy also had a good day from the plate as he went two for four. Brett Haynes and Mason Atkinson each grabbed a hit to round out the scoring for the Tigers.The Tigers fell to 18-9 overall and 11-3 in region play. Troup County’s next game is a region game against Jordan on April 19.

The Grangers improve to 21-7 overall and 13-1 as they won the Region 2-AAAA title. LaGrange’s next game is a region game against Hardaway on April 19.