LHS boys rolls over Perry, into second round of playoffs 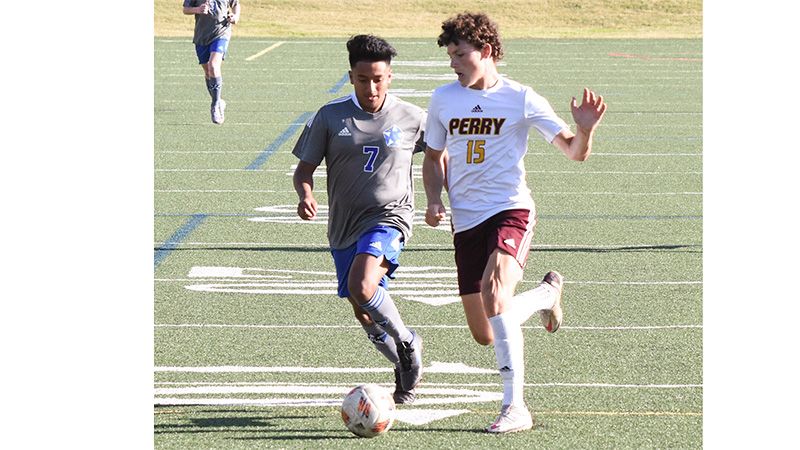 The LaGrange boys soccer team earned a 5-1 win over Perry in the first round of the playoffs.

Davis Knight got the Granger party started in the eighth minute on an assist by Tripp Hollstrom. The duo replicated this goal just six minutes later as Knight scored again with Hollstrom playing provider. Tripp grabbed a goal of his own in the 17th minute. Hollstrom grabbed another assist before half when he set up Jordan Bryant for a goal with 9:21 left to go in the half.

With such a large lead at the half, the Grangers had one foot in the second round heading into the second half.

Perry got a goal back to start the scoring in the second half. Bryant got his second goal of the game when Knight played him in with under six minutes to go in the game to make it 5-1.

With his brace and assist on the evening, Knight is up to 26 goals and 22 assists for the season which leads the team in both categories. Hollstrom is now at 14 goals and 20 assists, which are both second on the team. Bryant ended the regular season with four goals and is now up to six on the season.

The Grangers improved to 13-3-2 on the season. The Grangers will travel to North Oconee sometime next week for their second round playoff game.