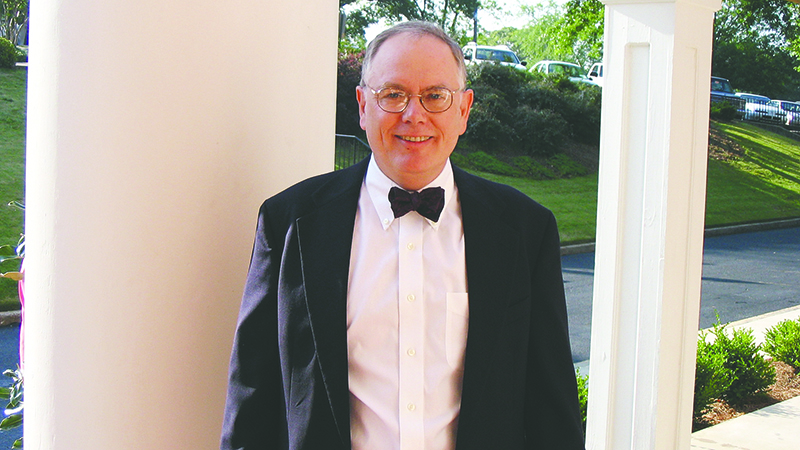 As Christians around the world commemorated Jesus’ crucifixion on Good Friday, researchers are uncovering archaeological evidence of this form of ancient execution —and a LaGrange College professor has often been quoted as an expert source.

Religion Professor Dr. John Cook, who specializes in the subject of crucifixion, said he was interviewed this year by multiple journalists about 1,900-year-old crucified remains found in 2017 by Albion Archaeology in the village of Fenstanton in Cambridgeshire, England.

The findings were published by the company last year, and Cook was quoted in stories in The Guardian and other publications around the world.

“They found this heelbone with a nail in it in Cambridgeshire with the skeleton,” he said. “It’s from sometime around the third, fourth century.”

Cook said this find is the second piece of skeletal evidence of Roman crucifixion. “Before that, the only relic of a crucified person with a nail through the heelbone was found in Jerusalem in the 60s,” he said. “They have found skeletons with just holes in the heels, but that could have been made by roots.”

In 2019, National Geographic brought Cook to Italy for a Smithsonian Channel documentary series titled “Crucifixion Mystery.” He said the documentary featured findings based on new analysis of possible crucified remains of a poor man found outside of Venice, Italy, in 2007. The skeleton was 2,000 years old.

Cook said Romans often carried out sentences of crucifixion to slaves, criminals and other non-Roman citizens.

“From the Roman perspective, Christ would have been what they call a “peregrinus,” non-citizen, and they could be crucified,” he said. “That’s what makes the resurrection so important for Christianity because if Jesus hadn’t been resurrected, he would have just been another crucified victim of the first century.”

He said researchers do not often find the nails that were used on the crucified victims.

“The thing about nails is that they weren’t cheap, so I think that’s why they haven’t found a lot of bones with nails in them because the Romans just took them out and reused them because they could be used in magic,” he said. “The nail that had been used to crucify a person had magical properties according to ancient myths.”

Outside of his crucifixion research, Cook has also written publications on resurrection. He said he hopes to start writing his second book this year.

This summer, Cook will be speaking at a virtual lunch-and-learn event for LaGrange College on Wednesday, June 15, at noon. He will discuss the writings of Christian Author and Theologian C.S. Lewis. For more information, email alumni@lagrange.edu.