LaGrange College President to be formally inaugurated on April 22 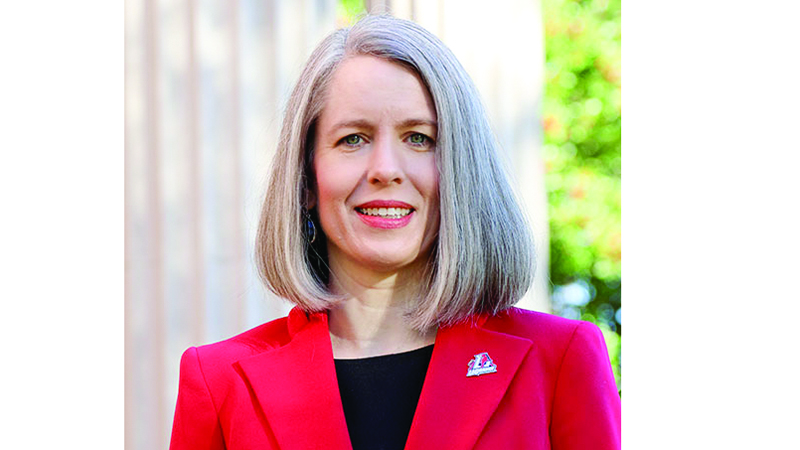 Dr. Susanna Baxter, whose term began in the middle of a pandemic, will be formally inaugurated as LaGrange College President on Friday, April 22, at 2 p.m. in Callaway Auditorium.

Beyond the investiture ceremony, there will be a weeklong series of events to celebrate this moment in the college’s history.

The activities leading up to inauguration include a student-led prayer service on Monday, April 18, at 7 p.m. at Caswell Plaza; a conversation with First Gentleman Mark Huffman on Brené Brown’s book “Dare to Lead: Brave Work. Tough Conversations. Whole Hearts” on Tuesday, April 19, at 5:30 p.m. in the Beason Recital Hall at West Side, 301 Forrest Avenue; and a community prayer service on Wednesday, April 20, at 6:30 p.m. at First United Methodist Church, 401 Broad Street.

The festivities will conclude with a time of service on Saturday, April 23, at 11 a.m. at Calumet Park, including service projects, lunch and a presentation by the Wilkinson Family Servant Scholars.

Dr. Baxter was elected as the college’s 26th president by the Board of Trustees in April 2020, after serving as president of the Georgia Independent College Association for 10 years in Atlanta.

She succeeded Former President Dan McAlexander, who retired after 11 years of service.

“We are blessed to have President Baxter leading the college during this unprecedented time,” said Vice President of Advancement Rebecca Roth Nicks. “Her focus on making sure the college offers programs and services that students need and want will be key to our success.” Nicks said.

She is the second female president of the college. Daisy Davies, a missionary, fundraiser and scholar, served as president from 1915 to 1920.

Guests can RSVP and find details on the inauguration at www.lagrange.edu/inauguration.