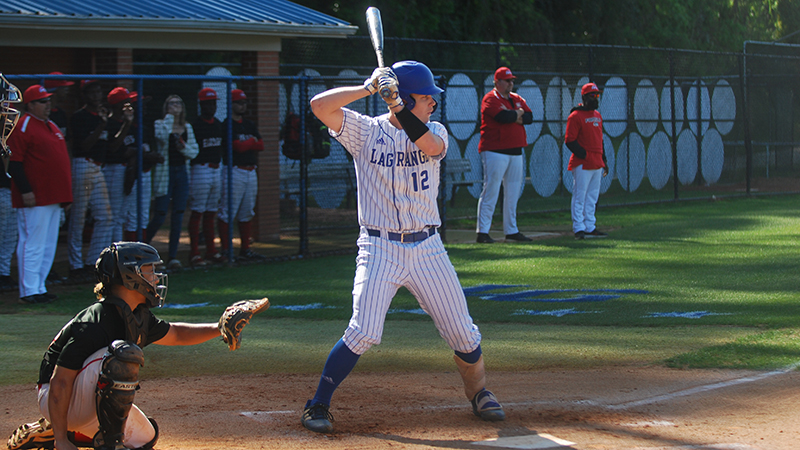 The LaGrange baseball team dominated a double header on Tuesday as they celebrated senior night. The Grangers celebrated five seniors on the night ‑ Colton Esposito, Zack Thompson, Ben Alford, Turner Cook and Austin Skiff. Each of these players were able to contribute on the night and earn to big wins to cap of a successfully regular season for LaGrange.

The first game was a dominant 11-1 win for the Grangers as the game ended in the top of the fifth due to the run rule with two pitchers combining for a no-hitter.

Trey Cook got the start on the mound and was as good as ever as he pitched four innings with no hits allowed on five strikeouts. Preston Pressley came in to relieve him and struck out two batters in his one inning of duty.

The second game was even more of a bloodbath as the Grangers destroyed Hardaway 17-2.

Caden Wood got the start on the mound and pitched a complete game as he went four innings and allowed two hits and two earned runs on six strikeouts.

LaGrange has now won three in a row after dropping a game to crosstown rival Troup last week. These were the Grangers final regular season games as they now gear up for the playoffs after winning the region last week and securing a No. 1 seed.

LaGrange improved to 23-7 overall and 15-1 in the region. The Grangers now await to see who they will host in the first round of the playoffs.