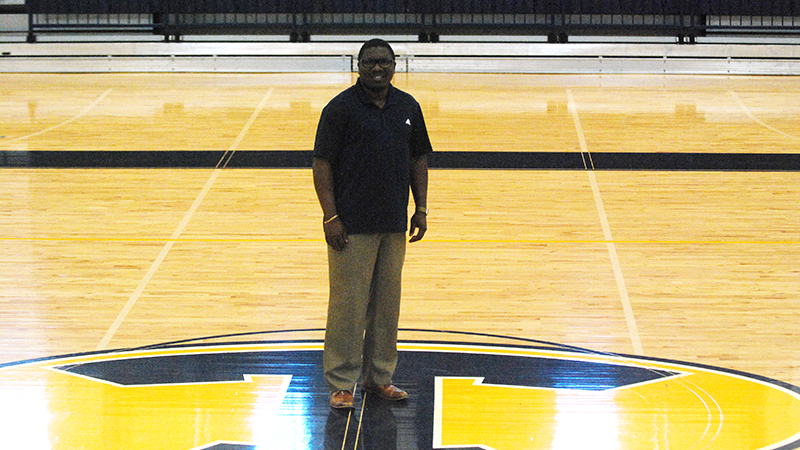 He hopes to revive the program, but the revival process has been a two-way street so far.

“This has kind of revived my passion for coaching and the game,” Gay said.

“I’m looking for great things to happen in my first year at Troup,” Gay said. “I want to bring some of that same type of energy and tenacity that coach Johnson took to Callaway High School.”

Gay plans to reinvent the boys basketball program at Troup. He met with the players earlier this week to introduce himself and the way he sees the game.

“We’ve already started to set something in place as far as how we want the vision of the program to be,” Gay said. “Right now, it’s all about building relationships.”

After being at the middle school level where the game of basketball is much more simplified, Gay is happy to expand repertoire and implement tactics and strategy he could not use in the lower levels of basketball.

“It’s so much different than high school boys,” Gay said. “Some of my philosophies I’m extremely excited about interjecting into this program and seeing how the boys adapt to it. I’m excited to get into some of the more complex things that we will be able to do with the varsity team.”

Gay is not just in the process of building relationships with his future players. There is also some holdovers from former Troup Head Coach Blake Craft’s staff, who have helped get Gay accolated with the players and the new locale.

Despite coming over to Troup to coach basketball, Gay will keep his fourth-grade teaching job at Springview for at least another year. Troup County High School hopes to find room for him on its teaching soon, but Gay is focused on building his basketball team for now.

Building his basketball team to his liking does not just consist of players and coaches, Gay hopes to get the community more involved too.

“Apart of my immediate vision is to bring the community together,” Gay said. “I want to get the community to know who I am, and know that I’m the type of coach whose door is always open.”

Gay still resides in Harris County, where he has lived most of his life but has spent his entire teaching career in the Troup County School System. Troup County has become home just as much as Harris County is at this point.