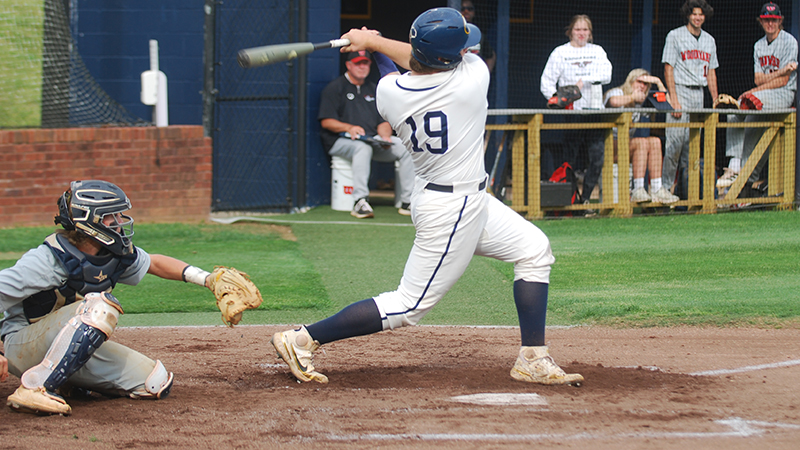 The Troup County baseball team used a late rally to pull off the comeback in a 4-3 win over Woodward Academy on Wednesday.

The Tigers took a quick lead in the bottom of the first when Josh Mcdonald hit a double to score Daniel Martin.

The score stayed like this until the War Eagles plated three runs in the top of the fifth to take the lead.

The Tigers struck back with three runs in the bottom of the sixth to take a lead that they would not surrender. Martin hit an RBI single to get the scoring going in the inning for Troup County. Martin scored his second run of the game when Mcdonald grounded out. With two outs and a runner on third, Mason Atkinson stepped up to the plate and delivered the goods as he hit a RBI single to score Devon Murphy.

Martin gave up a single in the top of the seventh as it looked like the War Eagles might rally. The Tigers were able to turn it into a 4-6-3 double play. Martin then struck out the final batter on the evening to get the win for Troup County.

Martin was also a menace from the plate as he went 3-for-3 with two runs and a RBI to lead the way offensively for the Tigers. Ty Medders had the only other multi hit game for Troup as he went 2-for-3 with a run scored. Murphy, Mcdonald, Atkinson, and Reed Morris all went 1-for-3 from the plate. Mcdonald had two RBIs and Atkinson had a RBI to round out the scoring for the Tigers.

This was a huge win for the Tigers despite it being against a non-region team. The War Eagles were 23-5 coming into the game and have already locked up their region for the fifth season in a row (not including the COVID shortened season in 2020). Woodward Academy and Troup County used to play in the same region as recently as 2015-16, but the War Eagles now play in AAAAA.

The Tigers improve to 20-9 overall and maintain their 12-3 region record. Troup County has one more regular season game to go — an away game to region foe Jordan on Friday.