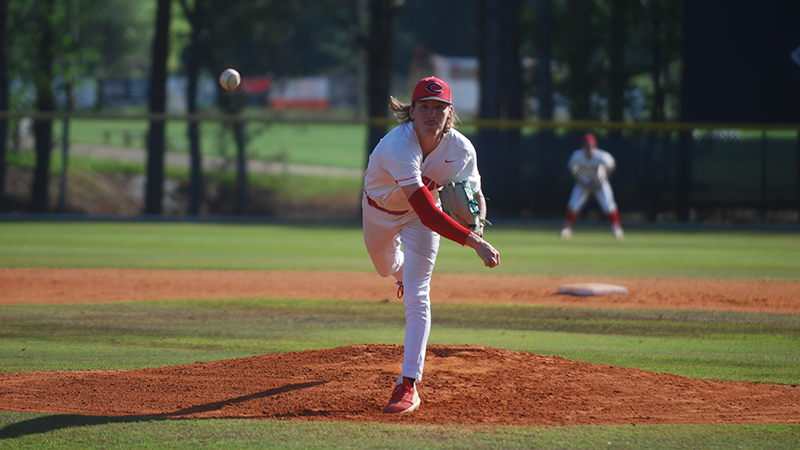 Callaway earned a 4-1 victory over Calvary Christian on Friday.

The Cavaliers took an early lead when they scored a run in the bottom of the first inning. CJ Stephens grounded out to second baseman to drive in a run.

The Cavaliers added another run in the bottom of the fourth when Andrew Locke reached home on a passed ball.

Calvary Christian struck back in the top of the fourth to cut the lead to one.

Andrew Locke scored on a passed ball once again to stretch the Cavaliers lead back out to two runs in the bottom of the fifth inning.

The Cavaliers scored another run in the bottom of the sixth to give the Cavaliers a 4-1 lead. Calvary Christian was not able to rally in the seventh inning as the Cavaliers earned a hard fought win.

Tucker Starling got the start on the mound and pitched four innings. Starling allowed five hits and one earned run. Brantin Swanson came in to relieve Starling and went two innings with three strikeouts. Jacob Karvelas pitched the final inning and allowed no hits on one strikeout.

Locke was the brightest offensive spark for the Cavaliers as he went 2-for-2 with three runs scored, a RBI, a walk and a stolen base. Starling and Swanson had the other multi-hit games for the Cavaliers as they both went 2-for-3 from the plate. Stephens had the only other RBI for Callaway as two of the four funs scored were unearned. Justin Moore, Houston Wilson, and Justin Hubbard all had hits for Callaway as well.

Callaway ended the regular season with a 20-6 record and won the region with a 10-2 record. The Cavaliers will now wait and see who they will host in the first round of the playoffs.