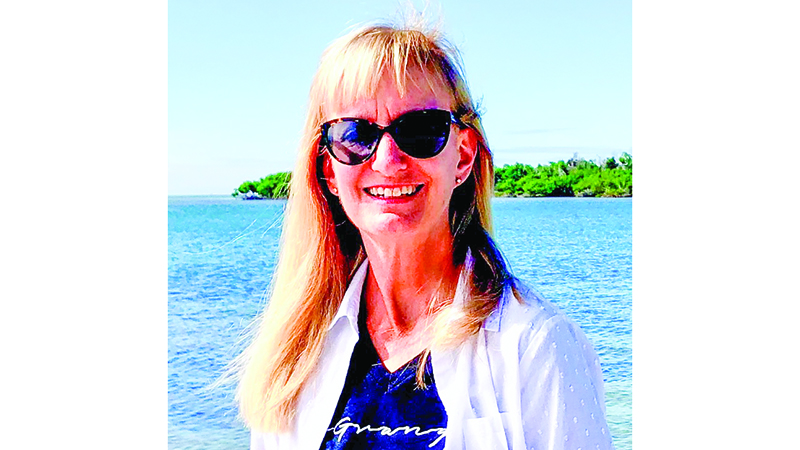 Gina Drake, a Hogansville postal worker and the grand marshal for the 2022 Relay for Life event on April 30, wasn’t sure what the next few months, let alone years, would be like after she received her cancer diagnosis in 2018.

However, Drake once again received the news this week that she was in continued remission, bringing her to four years of being cancer-free and credits her recovery to an early diagnosis.

“Everybody has a different experience with [cancer],” she said. “I have not heard the same story from someone who’s been diagnosed with breast cancer. Mammograms do save lives, but had I not been so vigilant having one every year, [my cancer] would not have been caught so early.

In 2018, Drake was undergoing a routine mammogram and health exam. Just prior to this, she said she felt completely healthy and hadn’t expected a negative diagnosis.

“I had no feeling of lumps or of feeling sick, I felt normal. I wasn’t sure how to feel,” she recalled.

“A week after I had the mammogram, I got a call that they saw something unusual in my left breast, and they wanted to do an ultrasound.”

A biopsy confirmed that Drake had a minuscule mass of bad cells. Drake underwent a needle lobe procedure to have the mass removed.

“It was less than half a millimeter size,” she said.

“They were really surprised they were able to locate it.”

A biopsy confirmed it was indeed cancer, but due to its early detection, it was more treatable than cancers found later.

“He said it was estrogen-reactive and to see a radiologist,” she said. She also had her lymph nodes in her arms checked and though no cancer was found, she elected to have them removed after some minor crystallization was found. Just to be safe, she underwent 21 treatments of radiation in LaGrange to kill off any cancer cells that may be lingering. She additionally took hormone medications to balance her estrogen levels.

She’s still on medications today that make her feel ill, including aromatase inhibitors but keeps her spirits high.

Now, she wants to encourage others to be vigilant with their health, and encourages men and women to undergo cancer screenings regularly.

“I am a big advocate for early detection,” she said.

“I can’t say it enough to get your annual mammograms. You don’t have anything to lose. It doesn’t matter if you have family history [or] if you’re young. You just don’t know.”