Take a Drive: Second annual Toyota Granger Classic golf tournament is another hole in one 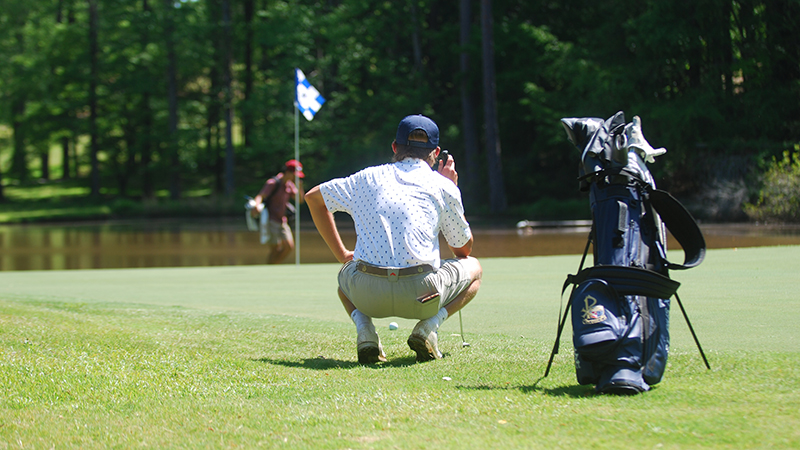 The second annual LaGrange Toyota Granger Classic tournament was another big hit this year. Golfers from 11 schools in Georgia and two in Alabama enjoyed all LaGrange had to offer as it was a three-day golfing bonanza.

“I thought it went really well,” said LaGrange High School golf coach and event coordinator Ben Thrasher. “Logistically, throwing all those teams together and getting them here went really well.”

The event tweaked some rules for this year to improve upon last year’s tournament. Instead of having two separate groups, all 13 teams competed against each other to dwindle it down to 8 teams in the final round of play. From there, it was match play where each of the remaining eight schools were pitted against another in the quarterfinals.

Perry was forced to withdraw with a scheduling conflict so Vestavia Hills advanced to the quarterfinals instead.

LaGrange had a relatively poor showing, but the team lacks experience in tournament play and is building the program to be more competitive at this event.

“We know who we are right now,” Thrasher said. “We’re not just young, we’re inexperienced young. Our entire four-man tournament roster will come back, and we’ll add two eighth graders who are already tournament experienced.”

Thrasher is only in his third year at LaGrange High School and since the 2020 was washed away by COVID-19 this is only second season as the golf coach.

Saturday’s match play saw Northgate waltz to the championship as they brushed off all the other schools with relative ease.

The individual aspect of the tournament saw Carter Loflin of St. Pius X went on an absolute tear to win by seven strokes over second-place medalist Will Stelt from Auburn High School.

“I can’t say enough about what that kid (Loflin) did,” Thrasher said. “Not only did he shoot 67 and 64 to go 11-under in the stroke play tournament, he dominated his match play matches.”
Loflin is one of the top junior golfers in the world and has committed to playing college golf at the University of Georgia in the fall.

Loflin was not the only talented golfer at the tournament as there were other top players heading to Division I schools in the fall including Auburn’s Stelt who will be playing golf at the University of Alabama at Birmingham.

“The amount of talent this area puts out year to year is phenomenal,” Thrasher said. “Last year’s lowest individual, Hogan Ingram from Rome, went out as a true freshman yesterday and was leading the Georgia Southern golf team in their conference championship.”

“[The tournament] promotes our area,” Thrasher said. “It also promotes the golf teams we have in our area. It gives us an opportunity to showcase Callaway Gardens, which a lot of people know about, but not so much with the high schools, and our home course at the Highland Country Club.”