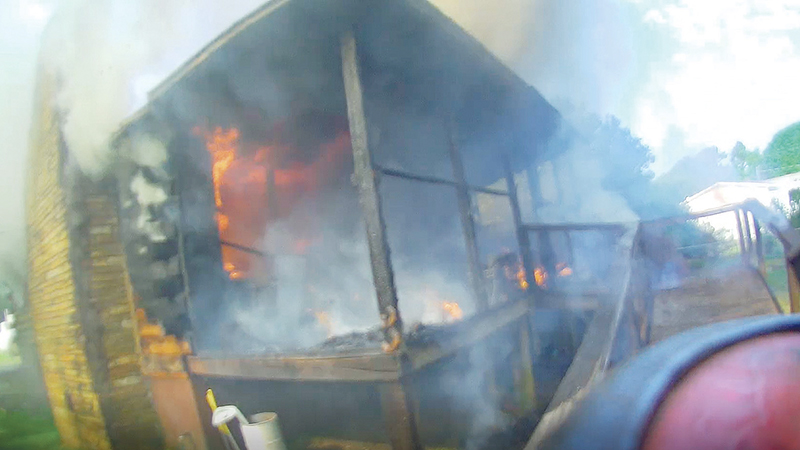 The LaGrange Fire Department was dispatched Monday 25 at 9:51 a.m. to 199 Pine Circle for the report of a structure fire.

Crews received an initial report of flames coming from the roof, the front door, and the left side of the house. According to a press release from the city of LaGrange, LaGrange Fire Department units, along with Troup County Fire Department, arrived on the scene making an initial defensive attack until conditions were favorable enough for an interior attack. A search of the structure found three deceased cats.

The fire was extinguished and under control at 12:26 p.m. The structure was a log home, and the fire started in the backroom on the southeast corner. There was significant damage to the property and contents with an estimated loss of approximately $120,000.

The cause of the fire was determined to be accidental in nature. The American Red Cross is assisting residents affected by the fire.

Man arrested after allegedly hitting woman in head with…