Don’t trip, Hollstrom is here: Athlete of the week Tripp Hollstrom enjoyed an incredible season for the Grangers 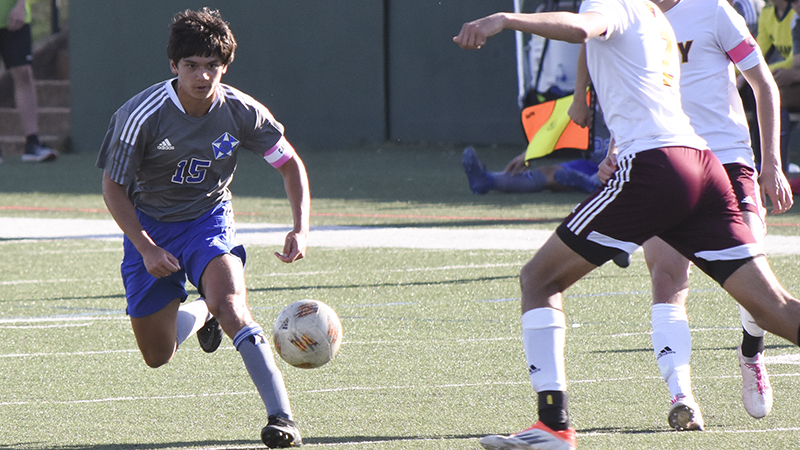 Tripp Hollstrom’s magnificent soccer career at LaGrange High School has come to an end. Not just his high school career, but it looks like his competitive soccer career has reached its conclusion as well.

“I love the sport of soccer, but I’ve been playing it for a long time,” Hollstrom said. “Playing at the next level and practicing every single day and having that huge responsibility is not something I wanted to take on. I kind of want to enjoy college.”

Hollstrom has plans to attend the University of Georgia in the fall and pursue a career as a doctor. He had offers to play college ball but spurned that chance to follow his academic pursuits. It was a decision that took a lot of contemplation.

“I thought a lot about this honestly,” Hollstrom said. “I know I would have enjoyed it both ways, but I put a lot of thought into it and this feels right.”

Hollstrom still plans to play club soccer for the Bulldogs but found this is the right time to end his days of playing competitive soccer.

Hollstrom has been a superstar for the LaGrange throughout his career as a Granger, in particular this year despite the fact that he played out of position for the majority of the year. A natural goal scoring forward, Hollstrom had to drop back in the midfield this season as that is where he was most needed to play.

“My initial reaction was that I did not know if I was going to do good in it,” Hollstrom said. “I was like, this is maybe not the right decision, but [Head coach Shane Pulliam] has been playing a lot longer than I have and has coached a lot of teams. I trust him and do whatever he thinks because he’s probably right. He sees the field better than I do.”

Pulliam has had a major impact on Hollstrom’s growth on and off the soccer pitch.

“Coach Shane has had a huge impact on me,” Hollstrom said. “He has put in a lot of effort to get me into all-star games. He’s helped me become a better player, and he’s pushed me beyond my limits.”

Hollstrom has pushed himself beyond what he perceived as his limits as well. Hollstrom recently played for the MLS NEXT team, which is one of the most prestigious soccer clubs in the United States.

“Most of my friends from there are going to play college ball,” Hollstrom said. “It’s a really competitive club team, and I learned a lot from it and have become a lot better of a player.”

Hollstrom’s soccer journey is one of learning. At 4 years old, he started kicking a soccer ball. Throughout his career — ending when LaGrange fell to North Oconee in the second round o the playoffs last week — Hollstrom has been evolving his game.

One person has been there every step of the way for him teaching him how to be a better player and a better man — his father, Richard Hollstrom.

“He’s taught me how to become a man and treat others the right way,” Hollstrom said. “He’s taught me a lot. He’s probably been my biggest role model.”

Hollstrom is more than just a soccer player as he is a member of the youth leadership at the school and has also been a member of Fellowship of Christian Athletes, Student Services and Foreign Language Club among others. Hollstrom is also a member of the Grangers golf team, where he was one of the few upperclassmen leading the younger guys into the region championship and possibly state.

As Hollstrom wraps up his time at LaGrange High School, he wants to be known as more than just a soccer player. He wants to follow his father’s footsteps and become a doctor while still carving out his own path.