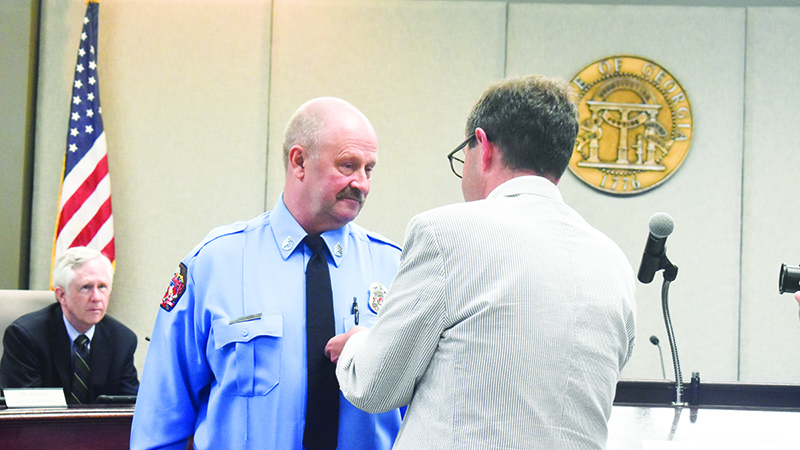 Sgt. Gary Atkins had wanted to be a firefighter since he was a child. For the past quarter of a century, he’s achieved that dream with the LaGrange Fire Department.

The LaGrange City Council honored Atkins of the LaGrange Fire Department for his 25 years of service.

Atkins joined LFD in 1996 and has gained several certifications in both fire and medical expertise. He gained his paramedic certification in 2004 and was subsequently promoted to sergeant in 2006. He has additionally worked part-time at the Lanett Fire Department and worked EMS at the West Point Fire Department. 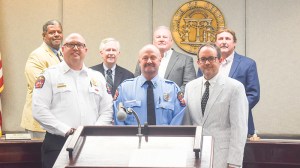 “[As a child] I chased fire trucks on my bike [and] I chased ambulances, I just loved it,” Atkins said. “I used to say, please God, give me the [firefighter] job of my life, that’s where I want it.”

Atkins said he will retire in five years and thanked city officials and his fellow firefighters for their ongoing support.

LaGrange Fire Chief John Brant described Atkins as dedicated to both his church duties and his community duties.

“His attitude is second to none,” Brant said. “I asked him [once,] Gary, why are you always smiling, and he would say because he’s had a bad job and this one is pretty good.”

Outside his firefighter role, he teaches an adult Sunday school class and occasionally preaches.