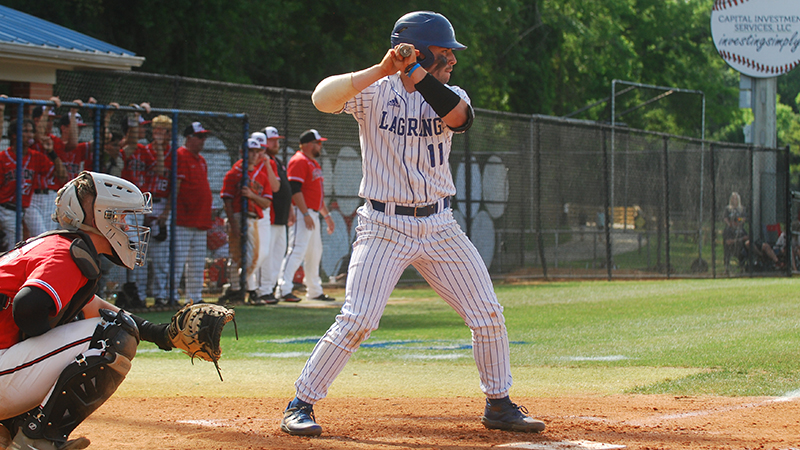 Colton Esposito is taking his talents from one side of LaGrange to the other. The LaGrange High School baseball standout recently announced that he will be playing baseball across town at LaGrange College.

“They’re a really good program,” Esposito said. “I’m hoping I will get better as well.”

Esposito decided to decommit from a school in Alabama because of a desire to stay close to home. LaGrange College filled that need, but it was almost not to be. Assistant coach Craig Mobley — a former Panther baseball player — pulled some strings at LaGrange College and the Panthers felt like he would be a good fit for the program.

“He reached out to them when I mentioned to him that I didn’t want to go to Alabama,” Esposito said. “He’s been my favorite coach this year by far. He’s always there when I need him, and he helped me get that offer.”

There was another major factor that made Esposito want to join the Panther team: LaGrange College is really good at baseball. Good is a bit of an undersell as the Panthers currently rank no. 2 in the nation in Division III baseball.

Esposito knows what it takes to win as he is currently one of the senior leaders on the Grangers team that is currently battling to go deep in the playoffs.

“I want to do as much winning as possible and get as far in the playoffs as we can get,” Esposito said. “I was very excited [to win the region championship]. It was the first one in a while, and it meant a lot to me.”

“Me, Zack (Thompson), and Turner (Cook) have really stepped up as leaders for this team this year.”

Cook is one of his best friends on and off the field and leading this team together has been special, but they are about to go from teammates to adversaries as Cook is on his way to playing at Oglethorpe University.  LaGrange College split its two games against Oglethorpe this year. Esposito is looking forward to taking on his current teammate.

“Hopefully we’ll get to play each other,” Esposito said. “We’ve already been talking about it.”

Playing time might be sparse for Esposito in his first season with such a competitive baseball team like the Panthers. He is fine knowing that he might have to compete for playing time.

“There’s always that threat of somebody taking your spot,” Esposito said. “I like competition, so it’s going to be really exciting.

Esposito did not expect the decision to be made so late but believes he made the right choice regardless. Changing collegiate destinations so late in the game was a hard decision for him to make.
“It was a bit nerve racking here and there, but I got through it, and I feel like I’m going to the right spot,” Esposito said.

Seth Stargell is a star for the Grangers baseball…