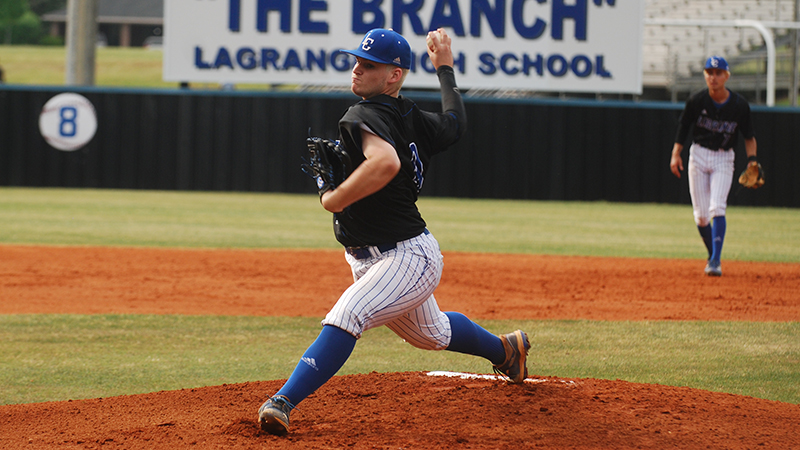 The LaGrange high School baseball earned a tough, hard fought 7-5 win in game three against Flowery Branch on Wednesday to earn a spot in the AAAA quarterfinals.

The Grangers took an early lead when they scored two runs in the bottom of the second inning. Robbie Parker got the scoring started with an RBI single. Parker scored moments later when Preston Pressley drove him in with a single of his own.

Flowery Branch scored a run in the top of the fourth to cut the Grangers lead to one. Flowery Branch proceeded to take its first lead of the game with two runs in the following inning to take a 3-2 lead.

The Flowery Branch lead did not last long as the Grangers stuck back with a vengeance in the bottom of the fifth inning. Seth Stargell tied the game on an RBI single to get the scoring party started in the inning. This was followed by Zack Thompson and Colton Esposito each hitting an RBI single to give the Grangers a 5-3 lead heading into the sixth inning.

Flowery Branch generated two runs in the top of the sixth inning to tie the game and cause some frayed nerves in Granger Park. A fantastic defensive play from Parker and Thompson stopped a runner at the plate from scoring that would’ve given Flowery Branch the lead.

LaGrange will host a three-game series against Heritage High School on May 9-10 to decide which team will advance to the semifinals.